Ending the Epidemic: The Summit to End AIDS in America

The take home message from the International AIDS Conference was clear: We Can End The AIDS Epidemic. Now it’s up to us to take that rhetoric and make it a reality. Register today for this year’s

We are particularly committed to bring People Living with HIV/AIDS(PLWHA) to this year’s Summit. PLWHAs who are executive directors, senior staff @ HDs/CHCs or federal government staff will get priority consideration. If you are a PLWHA who has one of these positions and need assistance to attend this year’s Summit, please contact pkawata@nmac.org. We will try our best to help get you to the meeting. 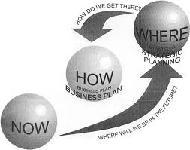 The mission for this year’s Summit is to give participants the tools to develop a strategic plan on how to end the HIV/AIDS epidemic in their community. The Summit format will include free flowing dialogues between leaders as well as a structured review of tools to support the development of a strategic plan. The plans will focus on implementation of Treatment as Prevention (TasP) and other biomedical interventions to end HIV/AIDS. They will be examined within the context of the Affordable Care Act (ACA), National HIV/AIDS Strategy (NHAS), High Impact Prevention (HIP), reauthorization of the Ryan White Care Act (RWCA), and Housing Opportunities for People with AIDS (HOPWA). Federal government staff will attend the Summit to share their perspective and join the dialogue on how their programs will support and enhance our ability to end the HIV/AIDS epidemic in America.

The Summit will begin with the signing of a Declaration to End the HIV/AIDS in America. This declaration will focus on four points: 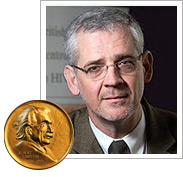 Many of the Blue Ribbon Panel members will attend the Summit. We are particularly grateful that Dr. Julio Montaner will join us again to share his perspective and vision.
We want to thank Gilead Sciences for supporting this year’s Summit to End AIDS in America and the United States Conference on AIDS.

Pernessa Seele
The Balm in Gilead

Ron Simmons
Us Helping Us

We look forward to seeing you in Las Vegas and marking NMAC’s 25th Anniversary!