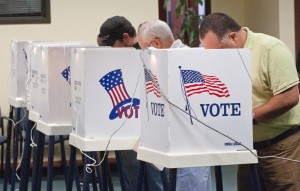 Ben Carter is the Communications Specialist at NMAC

On Monday, June 25,  the U.S. Supreme Court undid one of the greatest Civil Rights victories in our nation’s history, ruling Section IV of the Voting Rights Act of 1965 (VRA) unconstitutional. In doing so, the highest court eliminated the teeth of a law created to prevent the disenfranchisement of minority voters.

The law was a remedy to widespread discriminatory voting practices that aimed to keep African-Americans from casting their vote in U.S. elections. The Act outlawed literacy test and other means used by Southern states to prevent African-Americans from voting. Voter I.D. laws and other “check-point” processes greatly impact the votes of minorities and marginalized communities.

Monday, the Supreme Court eliminated the most key component of the law. Section IV of the VRA flags Southern states and other voting districts that have historically demonstrated discriminatory voting practices. Those flagged districts were required to report any and all changes to voting laws or procedures to the U.S. Department of Justice for prior approval. The Supreme Court ruled, flagging Southern districts to report voting procedure changes, based solely on the history of the region, is unconstitutional. 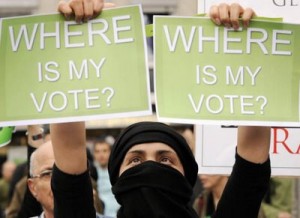 The Supreme Court has left a void in voting protections for minorities and marginalized populations. Without Section IV of the Voting Rights Act, it leaves the door open for efforts to put high hurdles in front of polling places.

Texas Attorney General Greg Abbott announced after the Supreme Court’s ruling, the state’s photo Voter I.D. bill would “take effect immediately.” The law would require all voters to show a state-issued photo I.D. before casting a vote. The state bill was original blocked in 2012 by a panel of federal judges who said it would disproportionally affect minorities and was an example of “intentional discrimination”.

History can be a great forecaster of the future. Texas state officials are behaving in an all too familiar fashion.

HIV and the Voting Rights Act

Southern states are not only places where discriminatory voting practices fester, but where state officials have declined expansion of Medicaid and full implementation of the Affordable Care Act (ACA). Texas, Louisiana, Alabama, Mississippi and Georgia are just a few of the 13 states that have fully declined Medicaid expansion. They are also home to some of the more explosive HIV rates.

Many of these states, actively working to deny the minority vote, while denying low-income people affordable healthcare options, also shoulder the largest portions of our nation’s HIV and AIDS epidemic.

Poverty as well as racial or sexual minority status has proven to increase the risks of acquiring HIV. The VRA was meant to ensure all marginalized populations would have their voice heard on voting day, including people living with HIV or AIDS.