Urges Latinos to Empower Themselves, Help End the Epidemic 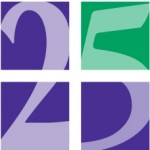 Washington, DC – Today is the tenth annual National Latino AIDS Awareness Day (NLAAD).  Established in 2003, NLAAD falls on the last day of Hispanic Heritage Month each year and is a grassroots social media campaign aimed at raising awareness of the impact that HIV and AIDS has had and continues to have on the Latino community.

“As a Latino gay man living with HIV, NLAAD holds particular significance to me,” said National Minority AIDS Council (NMAC) Deputy Executive Director Daniel C. Montoya.  “NLAAD is a critical opportunity for all of us to consider ways that we can contribute to positive health outcomes in the Latino community.  Despite making up just 17 percent of the population, Latinos account for 20 percent of all new HIV infections in the United States.  The epidemic is even more severe among gay and bisexual Latinos.  For the first time in 2009, the number of infections among gay and bisexual Latino men was higher than African American women.  Proportionally, gay Latinos are the second most severely impacted population in the U.S., behind black gay men.”

As the fastest growing segment of the population, as well as the largest minority group in the country, the health disparities that persist within the Latino community, especially in relation to HIV/AIDS, demand immediate attention.

“It is critical that we do more to address the needs of this community,” continued Montoya.  “Latinos face significant barriers to accessing quality health care and prevention services, including socio-economic, cultural and linguistic challenges.  These barriers are often intensified among undocumented populations, a group that has been left out of the reforms of the Affordable Care Act.  NMAC is proud to stand with the entire HIV community in commemorating NLAAD and urges all Latinos to get tested and get involved.  Together, we have the power to end this epidemic.”