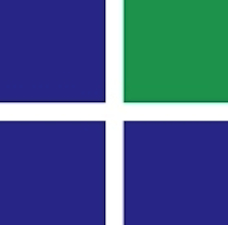 Washington, DC – “Today, bipartisan legislation was introduced in the Senate to address our nation’s broken immigration system and provide a path to citizenship for most of the 11.5 million undocumented immigrants living in the United States.  While this is an important step in affirming the rights and dignity of our nation’s undocumented population, NMAC is troubled by the failure of the Border Security, Economic Opportunity, and Immigration Modernization Act of 2013 to adequately address the health care needs of this community.  We applaud the efforts of the Gang of Eight in tackling this politically divisive issue, but any solution must ensure that all those living in our nation legally have access to the same health and public assistance programs as everyone else.

“Today’s legislation maintains the current five-year waiting period that all immigrants with legal permanent residency (LPR) must satisfy before becoming eligible for public benefits such as Medicaid and Social Security Disability Insurance.  What’s more, it requires all registered provisional immigrants (RPI) to gain LPR status before their waiting period begins, a process that could reach up to ten years. The legislation would also exclude those with RPI status from receiving tax credits and cost-sharing benefits under the Patient Protection and Affordable Care Act (ACA).  Today’s legislation also fails to provide a naturalization path for the more than 250,000 undocumented LGBT immigrants living in the United States.

“Access to quality, affordable health care should not be a luxury afforded only to the wealthy or those lucky enough to be born within the borders of the United States.  As a matter of social justice, and sound public health and economic policy, anyone who lawfully resides in our nation and contributes to our economy and our society should be granted access to a basic level of care and preventive services.  NMAC encourages the Senate to address the health care access issues of the current legislation and urges the House to follow suit by introducing and passing similar immigration legislation.”