This week’s “Ending the Epidemic” is from Ace Robinson, NMAC’s Director of Strategic Partnerships. 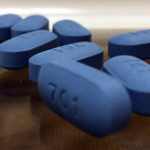 It is a mantra that our community keeps preaching if we are serious about ending the HIV epidemic. In 2019, we have had medication that can prevent HIV acquisition after someone is exposed in the form of PEP for 14 years. We also have meds to prevent HIV acquisition before someone is exposed in the form of PrEP for the past seven years. We also know that people living with HIV (PLHIV) who have sustained access and use of treatment can live a longer and healthier life. And those people who can maintain sustained access to care and treatment and achieve viral suppression cannot sexually pass the virus onto another person, aka Undetectable equals Untransmittable (U=U) or Treatment as Prevention (TasP).

Compared to 1987, when we opened our doors at NMAC, we have come light years ahead in our journey to End the Epidemic. But one thing that has become more abundantly clear with each passing day is that we will never achieve our common goal to End HIV with just meds. The stark reality is that HIV clinics still have a steady stream of new patients who are either newly diagnosed and have people who have fallen in and out of healthcare. 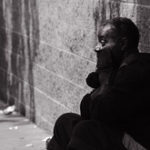 Why is that? HIV is more than just a virus. It is an opportunistic disease that is firmly rooted in the communities of greatest need. HIV, even more so than before, finds a way to harm the most vulnerable among us. And there are no people more vulnerable in this country than people who are sleeping on American streets. On any given night, over half a million people sleep in shelters are on the streets. And, according to the Office of Housing & Urban Development (HUD), 40% of those people identify as Black/African-American.

The ripple effect of housing insecurity knows no bounds. The HUD program called HOPWA, or Housing Opportunities for People With AIDS, is a lifeline for PLHIV and their families to access housing. And that’s why there is a nationwide call-to-action alert throughout the field of HIV. President Trump’s budget was released for 2020. The budget added nearly $300M in HIV funding for the new Ending the HIV Epidemic (EtHE) initiative announced in February at the State of the Union address. However, that HIV-specific funding increase for EtHE came at the same time as a proposed $63M decrease in HOPWA funding. 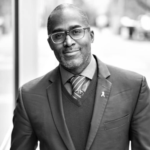 The impact on reducing access to HOPWA would be enormous. It would exceed its impact on just PLHIV. Recently Greg Millett, vice president of amfAR, stated, “We know that people living with HIV who are unstably housed are less likely to be virally suppressed. If you are virally suppressed, you are more likely to die from HIV while also making it possible to transmit the virus on to other people. This is why temporary housing subsidies are allowable under Medicaid and the Ryan White Care Act programs. It is an explicit recognition that housing status and health are interconnected.” 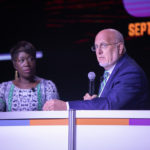 And Millett’s assertion is not just supported by PLHIV, their loved ones, and community-based organizations supporting HIV-impacted populations. A few weeks ago at NMAC’s United States Conference on AIDS (USCA), the director of the Centers for Disease Control and Prevention (CDC), Dr. Robert Redfield proclaimed, “I believe it in every bone in my body. Housing is a medical issue…we are never going to get to the end game unless we recognize that housing is a medical issue.”

HOPWA is core to our ability to reduce the numbers of new HIV infections and HIV-related deaths. That fact is clear. HOPWA funding not only should not be decreased. HOPWA funding must be increased. Under no circumstances can we go backwards.

Public health is not rocket science. We must align what we already know is best to achieve our common goal to End HIV in America and beyond. It can and will be done.

Yours in the struggle,
Ace Robinson, MHL, MPH 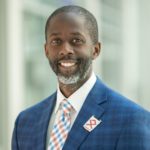