Ending the Epidemic: Salmon Fishing with My Father

This story has nothing to do with work. I wrote it in tribute to my father who passed away last week. Like many gay men, I had a challenging relationship with my Dad. It was difficult because we liked very different things. But we both really tried.

My father liked to go salmon fishing. I hated touching the bait and couldn’t stand the smell. I was more interested in the Supremes. When I turned 12, Dad took me to their concert. The room was full of queens and African Americans. I felt totally at home, while Dad stood out like a sore thumb. But we both tried. 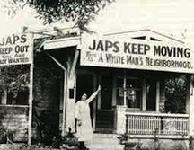 My father was a good man who was born unlucky. He had the misfortune of being born Japanese American right before the start of World War II. He never talked about the past. Like many Japanese Americans, Dad felt great shame about the war and what happened to his family. It wasn’t until he testified before the Commission on Wartime Relocation and Internment of Civilians, that I learned…

“It wasn’t long that after the war started that the town sheriff came armed to the house we were staying at and took Dad to jail at gunpoint like a common criminal. There was no announcement of this act…I remember trembling with rage, feeling helpless and scared. How could we be treated like this in America?”

His mother had died when he was child. After my grandfather was arrested, my dad had to fend for himself for two years in an internment camp. He was 11 years old and the only child living in the men’s dormitory. He would later say, “When the war ended, I was reunited with my father and we returned to Seattle. We came back with nothing. My father was a broken man.”

I’m sure Dad looked at me in wonder. How did this loud pushy queen happen to his traditional family? As a child, we used to have family talent shows. My cousins played piano or the clarinet like young Asian prodigies. I would sing “Hello Dolly” from my favorite Broadway musical at the top of my lungs, totally unaware of my inability to carry a tune. My Dad would always applaud and tell me I was great! 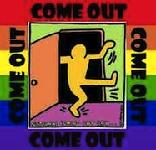 I decided to come out in my senior year of college. I told my parents separately. I didn’t want them to gang up on me. I took Dad to a large crowded restaurant. I figured it would be harder to scream in a restaurant. When I told him I was gay, Dad said “I will always love and support you.” Then he gave me a beautiful jade ring that I still have today. 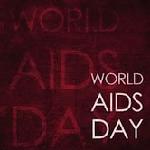 Recently, a friend saw my father at a department store and when he asked about me, my Dad proudly said “my son works at the National Minority AIDS Council.” My father always loved and supported me. Last December I spoke at a World AIDS Day breakfast. My Dad and Mom were front and center smiling, shaking hands with complete strangers, and probably mortified by my stories of growing up gay in Seattle.

I know my father is somewhere catching the biggest salmon of his life. My Dad may have been an unlucky man, but I was a real lucky son.
Yours in the struggle,
Paul Kawata
Executive Director