Why aren’t we angry? 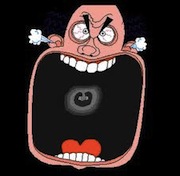 This year we elect a President.  However, the election is about more than just the individuals running for office, it’s also about the values, direction and leadership of our country.  Why do so many people believe their vote doesn’t matter?  The next president could appoint as many as two (2) Supreme Court justices, as well as a number of circuit level judges.  Given the power of these judges to influence the rights of minorities, including women, people of color and LGBT Americans – not to mention the fate of health care reform itself – this election matters.  Below is an excerpt from an article by Dahlia Lithwick from Slate.

“Even absent the health care case, the 2011 and 2012 terms will represent two of the most divisive and incendiary terms in recent memory. The court isn’t just hearing the health care case this year. It also heard a Texas redistricting case, and the Arizona immigration case. Next year it will hear the Texas affirmative action case, and very likely a case that will question the entire existence of Section 5 of the Voting Rights Act. Oh, and next term, the court may well have to contend with a gay marriage case, and at the rate state legislators are passing patently unconstitutional abortion regulations, it’s not unlikely the court will be revisiting Roe soon thereafter.”

Why did NMAC submit this brief?

The Medicaid expansion provision and Patient’s Bill of Rights of the Patient Protection and Affordable Care Act (ACA) will eliminate current disability requirements and expand eligibility to all Americans making up to 133 percent of the federal poverty level (FPL).  Currently, low-income individuals living with HIV are not eligible for Medicaid until they are disabled by AIDS.  The expansion included in the ACA will provide access to health care for approximately 16 million Americans currently without health care, including thousands of individuals living with HIV.  It will extend critical access to treatment and care for those living with HIV who cannot afford or access insurance in the private market and as a result are left with unmet health care needs by a patchwork of supplemental programs.

Current Medicaid eligibility requirements are not only inhumane, they make absolutely no sense from either an economic or public health perspective.  They create a system in which individuals must be diagnosed with AIDS in order to gain access to the very treatments that could prevent the development of the disability in the first place.  This endangers the health of the very people that Medicaid is meant to serve, while raising program costs by delaying care until the latest stage of the disease.  What’s more, it limits access to treatment which could suppress an individual’s viral load, making it considerably less likely that he or she will transmit the virus to others.
What does the Medicaid expansion mean for our community?

For months, NMAC has been discussing the promising research around “treatment as prevention”.  Recent studies have shown that early enrollment and adherence to Highly Active Antiretroviral Treatment (HAART), which suppresses an individual’s viral load, could reduce the likelihood that he or she will transmit the virus to others by 96 percent.  As Dr. Julio Montaner discussed at last year’s U.S. Conference on AIDS in Chicago, providing access to treatment for individuals living with HIV in British Columbia, Canada resulted in a 50 percent reduction in new HIV infections.  Taiwan saw similar results, with a 53 percent reduction in new infections after it began providing free access to HAART.

Socio-economic status is the single-most important factor in determining an individual’s vulnerability to HIV infection.   A recent Centers for Disease Control and Prevention analysis of 23 urban areas with high rates of poverty found that heterosexuals living below the federal poverty level were twice as likely to be living with HIV as those whose income places them above that threshold.  This disparity helps to explain the disproportionate impact this epidemic has on communities of color.  African Americans and Hispanics are approximately four times more likely to live in low-income areas than Whites.  However, when Whites live in low-income communities and are exposed to similar socio-economic conditions, they are just as vulnerable to HIV infection.
Ensuring that those at greatest risk of contracting HIV, especially those living in poverty, have access to health care is the single most important step we as a nation can take to combat the HIV/AIDS epidemic.  The Eleventh Circuit Court of Appeals upheld the Medicaid expansion, finding it to be constitutional.  In its brief, NMAC urged the Supreme Court to do the same.  We have the tools to end this epidemic.  The ACA’s Medicaid expansion will go far in helping us to achieve that goal.

Life is an adventure, but you have to fight for what you believe.  Unfortunately there are many more battles.  I am amazed at the misinformation and lies about the ACA.  So while it’s important for me to be with my family, I also know how critical it is that I get back to work.  I know my father is proud of my work, and as I learned in the early days, HIV/AIDS waits for no one.  I have meetings this week with the Executive Committee of the National Alliance of State and Territorial AIDS Directors (NASTAD) and the membership of the Urban Coalition of HIV/AIDS Prevention Services (UCHAPS).  We’re all fighting to end the HIV/AIDS epidemic.  Now I’m doing it to honor my father and all the friends we lost along the way.