Ending the Epidemic: A Shared Legacy 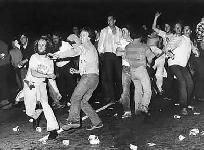 Happy Pride! In June of 1969, patrons/drag queens at the Stonewall Inn in New York City stood up and fought back against police harassment that had become all too common in lesbian, gay, bisexual, and transgender (LGBT) communities. Their bravery sparked the modern gay rights movement and is the reason that June is LGBT Pride Month. 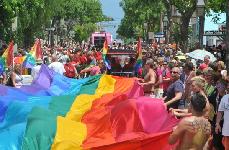 While the roots of the gay rights movement can be found in the Stonewall riots, it was the emergence of GRID (Gay Related Immune Deficiency) in June of 1981 that brought the struggle for LGBT dignity and equality to the mainstream. When the epidemic first began, many considered it a gay disease. They didn’t consider it their problem. By the mid-80s, AIDS (renamed after GRID) was devastating our communities from San Francisco to New York, and everywhere in between. Once again the LGBT community was forced to stand up and fight back. We demanded action from the government, which had been shamefully slow to respond. I want to especially acknowledge the lesbian community, which really stepped up for gay men and our health.

AIDS forced us out of the closet, and for years the LGBT and HIV/AIDS movements were inextricably joined. We were two sides of the same coin. But as HIV spread beyond the gay community, and the LGBT movement shifted its focus to issues like “Don’t Ask, Don’t Tell” and marriage equality, our movements grew apart. While some national LGBT organizations continue to do great work on Capitol Hill in support of HIV/AIDS programs, very few make it a focus of their public education work.

I’m not pointing fingers or assigning blame. There are a number of reasons for this shift in focus, and the work that national LGBT groups are doing is incredibly important. But as I’ve been writing for months now, we need leadership from allsegments of our communities if we are to end the HIV/AIDS epidemic. 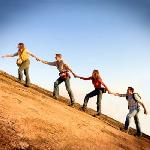 The LGBT and HIV/AIDS movements have accomplished so much over the last 30 years, under difficult if not impossible conditions. But once again, we find ourselves at another crossroad. New policies and biomedical advancements are transforming the way America responds to HIV/AIDS. Treatment as Prevention, pre-exposure prophylaxis, the Patient Protection and Affordable Care Act, and the National HIV/AIDS Strategy have aligned to make ending this epidemic a very real possibility. As the National Minority AIDS Council and the broader HIV/AIDS community works to realize this vision, I urge national LGBT organizations and the larger LGBT community to join us in educating and enlisting their constituents, their colleagues and the public in the fight to end this epidemic, which has claimed the lives of so many of our families and friends.

Given our shared roots, our movements’ legacies are interconnected. As we move ahead, we need bold leadership and solid commitments from both movements so that we can make ending this terrible epidemic our shared legacy.
Yours in the struggle,