NMAC joins with all Americans who fight for racial and health justice, in mourning the passing of Congressman Elijah Cummings. 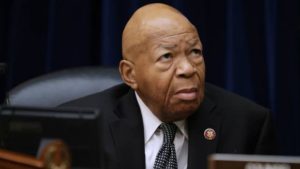 “Since 1996, Congressman Cummings not only proudly represented his constituents in Maryland’s 7th Congressional district, he represented all Americans who are marginalized because of their race, sexual orientation, sexual identity, HIV status, and injustices associated with minority health disparities,” said Joe Huang-Racalto, Director of Government Relations and Public Policy for NMAC.  “Congressman Cummings was also an unbending voice for civil rights.  As Chairman of the Congressional Black Caucus in the 108th Congress, Congressman Cummings helped lead the fight against two federal marriage amendments, which if passed, would have laid the foundation for amending the U.S. Constitution to prohibit same-sex marriages.  While we mourn his loss, his legacy of bringing to the forefront and fighting the injustices facing minorities will live on.   On behalf of NMAC’s staff, board, and our constituents, we send our deepest thoughts of love and grace to his wife, Maya and their three children.” 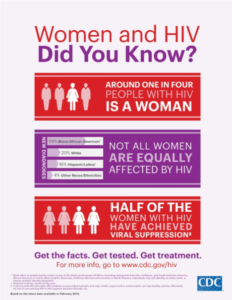 This is the question for the Opening Plenary of the 2019 Biomedical HIV Prevention Summit.  A recent post on Facebook from Leisha McKinley-Beach with recommendations from the Atlanta Black Women Leaders on PrEP laid the foundation for the Summit’s discussion about the many challenges Black women face to make biomedical HIV prevention work.
I was concerned about singling out Black women, worried that it could further stigmatize them, but in the same Facebook post, someone I admire said that we need to hold up and talk about Black women. I’ve invited Leisha and the Atlanta Black Women Leaders on PrEP to help lead the planning of the Opening Plenary and to write an article for the NMAC newsletter that speaks their truth. We have to tell our “truths” if we are going to end the HIV epidemic in communities shouldering the largest burden of HIV.While I appreciate the above infographic developed by the CDC, there are two big challenges: 1) It states that one in four persons living with HIV is a woman while it should really read that one if four persons living with HIV is a cisgender woman; 2) CDC currently classifies and counts transgender women as men who have sex with men, aka MSM. Also, the CDC classifies Asian, Pacific Islander, American Indian and Alaska Native women as “other”. It is time to stop these out-of-date practices. 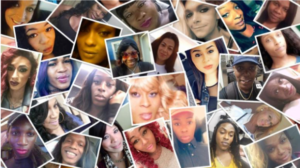 During the Opening Plenary, there will be a memorial that remembers the murdered transgender women this year. The American Medical Association says there is an epidemic of violence against trans women, particularly Black and Latina transgender women. Our efforts to end HIV in the transgender community must address the twin epidemics of HIV and violence. The Summit has reached out to Arianna Lint of the TransLatin@Coalition to begin a conversation on how to hold this memorial.
Innovation Plenary/Long-Acting HIV Treatment 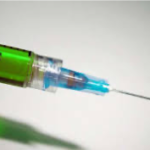 Another plenary at the 2019 Biomedical HIV Prevention Summit will look at long-acting HIV prevention and treatment will soon impact how people will take HIV medications, i.e. innovations like injectables and implants of HIV meds. How will they change the nature of our work? Will they work in the communities highly impacted by HIV?

For people who have a hard time remembering to take a daily pill, will an injection or implant be a game-changer for them? Understanding implants and “choice” will be a very difficult question for 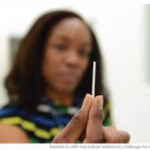 our community. Will they be accepted as an option in impacted communities and will they be accessible if they are acceptable? Can the government force anyone to get implants that protect them against HIV? Since our efforts to end the domestic HIV epidemic requires plans to reach hundreds of thousands of people, do these innovations make our work easier or harder? Without comprehensive HIV treatment education programs, NMAC is concerned that some communities will be left behind as the treatment paradigm is shifting. Plans to end the HIV epidemic must include HIV treatment education for all communities highly impacted by HIV.

2019 Summit Scholarship Recipients
This year the Biomedical HIV Prevention Summit will award 280 scholarships from over 800 applications. NMAC will spend $313,000 on scholarships for the 2019 Summit. The average award is $1,117. Over 200 successful applicants will be receiving an NMAC scholarship for the first time.

NMAC wants to thank Gilead for their support of the Summit. Additional funding was provided by ViiV, Janssen, Avita, Walgreen’s, Curant Health and InTheMeantime Men. We thank all of our donors; however, it is important to note that they have no input in scholarship decisions or the conference program.

Additional Scholarship From Independent Agencies
100 more scholarships will be given out (25 per agency) by 1) Abounding Prosperity Inc., 2), FLAS Inc. 3), Latinos Salud, and 4). Sister Love. Please contact them directly to get more information about their scholarship process. NMAC thanks them for adding to the scholarship pool. Their process and decision making are independent of NMAC and the Summit.

Scholarship applications were reviewed by members of NMAC’s Constituent Advisory Panels (CAPs) and NMAC staff. One of the major challenges this year was incomplete applications. We encourage everyone to answer each question fully so they can receive the highest possible score. We also have webinars on our website that offer helpful information about the scholarship process. Please know that we value you and your leadership and contributions to our community. Unfortunately, we cannot support all of the requests we receive.

See you in Houston! 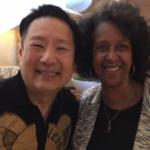