Warning! People living with HIV among us! 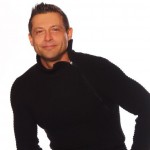 Andy Ansell is an NMAC TEAM Navigators who advocates for treatment options and the improvement of health outcomes for those living with HIV. Andy is a contributing writer to our Ending The Epidemic blog.

You may be aware that some people regard us HIV+ folks as monsters and I’m not talking about vampires or werewolves.  They have us right up there with sexual predators, murders or even terrorists.  Our very existence — the fact that we have a virus in our bodies — somehow turns us into a threat to society.  The perception is that we are secretly lurking just waiting for the chance to spread our evil virus to other upstanding and unsuspecting members of the community.

Much of the country, 32 states in fact, have HIV legislation that is counter intuitive and counterproductive to what we know about HIV, its transmission and the level of risk a person with HIV poses to others.  Face it.  We’ve all read articles and seen the news stories, which as an HIV-positive person have made you want to scream or at least run for the hills.  You know the ones I’m talking about.  HIV+ man sentenced to 30 years for spitting at a police officer.  HIV+ person with undetectable viral load practicing safe sex sentenced to 20 years in jail for non-disclosure.  The stories grab headlines and are often the lead on your local 6 o’clock news.

The stories are truly frightening for both HIV+ and HIV- persons alike.  These types of stories and laws perpetuate the stigma that HIV+ people are walking time bombs, just waiting to infect some unsuspecting person.  This could not be further from the truth.  We know that people on treatment with undetectable virus pose little risk for transmitting HIV.  We also know that the vast majority of HIV transmissions occur when a person is unaware that they are infected.

To be clear, I’m not saying that there are absolutely no instances when prosecuting someone for knowingly transmitting HIV is warranted or justified.  But all too frequently the people prosecuting HIV criminalization cases aren’t operating from the facts and are also prosecuting based on laws that make absolutely no sense given what science now knows about HIV.

Finally level heads have spoken up in giving voice to reason and calling for action to address the ever increasing issue of HIV criminalization.  The Presidential Advisory Council on HIV/AIDS or (PACHA) passed a resolution on February 7 to address the HIV hysteria and misinformation that exists in many local, state and federal jurisdictions pertaining to the transmission of HIV.

Be it resolved that the PACHA recommends that the Department of Justice (DOJ) and the Department of Health and Human Services (HHS)/CDC complete a written review regarding opportunities for the creation of specific guidance and incentives to state attorneys general and state departments of health for the elimination of HIV-specific criminal laws and to develop recommendations for approaches to HIV within the civil and criminal justice systems that are consistent with the treatment of similar health and safety risks; and supports legislation, such as the REPEAL HIV Discrimination Act, that advances these objectives

The PACHA resolution finally shows that people are finally recognizing how senseless this type of discrimination is.    This actually feels to me like one of the biggest victories to come along since the advent of HAART.  While this is just a resolution and not a piece of legislation, it opens the door to challenge the injustices that all too frequently grab headlines.  It helps dispel the notion that persons living with HIV are monsters looking for potential victims to infect.

You can read the full resolution online here:  http://www.pridesource.com/article.html?article=58391