Undetectable equals Untransmittable/U=U vs. Treatment as Prevention (TasP). One has captured the imagination of people living with HIV (PLWH) around the world while the other seems to have disappeared. U=U was created by community to empower PLWH to have an undetectable viral load so they can’t transmit HIV. TasP was created by scientists to explain how HIV treatment is also HIV prevention.

This difference matters because we are about to build multiple pathways to end the epidemic. Do we listen to community or should the pathways come from scientists? Too often community is dismissed. Getting the federal government and scientists to go along with U=U was a fight. Thank you Bruce Richman for leading the charge.

However, U=U needs private health insurance, the Affordable Care Act, Medicaid, expanded Medicaid, or Ryan White services to be effective. Without continuous and sustained access to healthcare and meds, none of our efforts to end the epidemic will work.  That is why HRSA’s HIV/AIDS Bureau (HAB) will play such a critical role.

Ending the epidemic means retaining PLWH and people on PrEP in healthcare and adherent to meds for the rest of their lives. We know the desired end result; however, agencies don’t know what programs to implement because these communities have eluded previous efforts. So far, PrEP is not reaching communities of color. Four hundred thousand PLWH have fallen out of care or are unaware of their HIV status.

Programs to end the epidemic must not only be scientifically accurate; they also need to retain 1.1 million Americans on PrEP and keep 1.2 million PLWH in healthcare and on meds for decades. Failure to reach scale is the main reason previous efforts failed: we could not reach enough people to get the scale needed to bend the curve of new HIV cases. While 2.3 million people can seem daunting, it’s not like previous effects that needed to work every time anyone has sex. I’m just saying.

To be clear, I’m not saying that community is always right. I just don’t want us to be dismissed out of hand. This year’s United States Conference on AIDS will celebrate U=U and community. Working with the Prevention Access Campaign, USCA is committed to a plenary on Saturday, September 7 that will inspire and educate about the central role community must play.

Now is not the time to reinvent the wheel. Let’s use community to shape best practices for reaching populations hard hit by HIV. Those communities must include gay men, particularly gay men of color, specifically black and Latinx young gay men, the transgender community, black women, Latinas and drug users. These communities are stigmatized, discriminated against, and bullied. Too many are forced to live in the margins of our society because they are different. Their access to healthcare, housing, and employment can be tenuous. While being very careful to not further stigmatize, we need to understand and directly address the realities of their lives. Given all these variables and the complexities of being different in America, how do we also get these folks to stay in healthcare and on meds for the rest of their lives because that is what it will take to end the HIV epidemic in America. Obrigado. 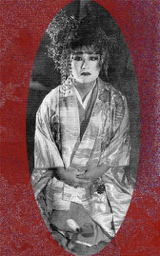