It’s time for a federal plan to end the epidemic! The National HIV/AIDS Strategy (NHAS) expires in 2020. Health and Human Services (HHS) should update the strategy and set a date for ending the epidemic in America and a plan to make that happen. This is not the time I would have chosen, but Dr. Redfield’s appointment as the new director of the Centers for Disease Control and Prevention (CDC) provides an unanticipated opportunity. For those of us who have spent a lifetime fighting this epidemic, words cannot describe what it means to still be alive and at the precipice of creating a federal plan to end the HIV epidemic in America. Given the diversity of our country, this plan should develop strategies and set overarching goals, but it is not a substitution for state and local planning. An updated NHAS should put everyone on the same page working to end the epidemic.

Knowing what we know, what does the plan need to address? My list is not comprehensive, but NMAC believes plans to end the epidemic start by:

People of color represent both the majority of people living with HIV and the majority of new HIV transmissions. It’s time to create solutions that are centered on our lives. We’re not asking the federal government to end racism, but we are asking them to figure out solutions that work in communities most at risk. The biggest challenge for people of color who live with HIV is retention in health-care, not access. What can we do to overcome this barrier?

First, we need to prioritize patient centered care models for people of color.  Far too often these models are based on white people and don’t speak to the reality of race in America.

Recently NMAC looked at Trauma Informed Care as a potential solution to why people of color are not retained in care. The trauma of racism, HIVphobia, homophobia, transphobia, and sexism all contribute to the trauma of living with HIV in America.  There is also a deep intergenerational mistrust of healthcare providers and medications. Working to address the trauma of living with HIV and the mistrust of providers may be key to retaining people of color in care.

However, our communities cannot wait for more studies. It’s time to listen and work with the people who live in and are a part of the communities we are trying to reach. Far too often our voice gets minimized. Maybe that is why so many of these efforts have failed.

Let’s dream big! We cannot end HIV without considering other sexually transmitted infectious diseases. Unfortunately, each is a driver for the other. Let’s use this moment to not only end the HIV epidemic, but to also end Hepatitis, STDs, and Opioids.

NMAC believes biomedical HIV prevention is key to both ending the epidemic and caring for people living with HIV (PLWH). An undetectable viral load should be the standard of care for all people living with HIV (PLWH). The health benefits of a lower viral load cannot be denied, yet according to the CDC, 50 percent of the people living with HIV do not have it under control. It is important to not blame the individual, but to examine the systems of care that support them. The updated NHAS needs to commit to real targets for retaining patients in care and reducing viral load. U=U is essential to these plans and must be incorporated into the update. HRSA might consider tying funding to a grantee’s ability to lower their target community’s viral load.

Not enough people are on PrEP and those that stay on are 75 percent white. CDC needs to prioritize biomedical HIV prevention. It’s time to reevaluate the role of DEBIs/EBIs and the funding and infrastructure used to support them. It’s not enough to say we are committed to PrEP, PEP, TasP, and U=U. The data need to show that programming is making a difference. Unlike other prevention efforts, the success of these initiatives can be measured. We can collect data on the number of people who start and stay on PrEP and by tracking a community’s viral load. There are new ways to measure success and they need to be part of an updated NHAS.

Needle exchange is a true success story in our work to end the epidemic. The reduction of new HIV infections among drug users has been historic and unprecedented. Unfortunately, the emerging opioid epidemic could unravel all this hard work. Look at what happened in Scott County, Indiana. There is a tripling of new hepatitis C infections in the US. Unfortunately, it’s not just the opioid epidemic. NMAC is also concerned about the increase of meth use by gay men. The updated NHAS should be expanded to include a strategy on opioids and other substance use and HIV.

Everyone tested for HIV should also be tested for STDs and Hepatitis. The goal is to create a new testing paradigm that links people who test positive for any of these sexually transmitted infections into care. This new paradigm will identify people who need our services across diseases and end the artificial separation in diagnoses. We need a rapid test for HIV, STDs, and Hepatitis that is easy to use, economical, and widely available.

HHS needs to support collaboration between CDC, HRSA, SAMHSA, NIH, health departments, CBOs, PLWH, and people on PrEP to retool their testing protocols. The new paradigm should include nurse practitioners housed at testing sites who can immediately prescribe PrEP or other medications. Rapid testing with nurse practitioners should also be available at pharmacies and in other settings.

Economics of Ending an Epidemic

Ending the epidemic requires additional resources. In the long term, getting to zero will save money because we will significantly reduce the number of new cases. However, there are real costs to scale up efforts. A redirection of existing resources is not enough.

At the same time, we don’t want bureaucracies to grow at the expense of transformational solutions. Far too often we feed the beast at the expense of innovation. Getting to zero is going to take lots of innovation. We may have the science to stop the virus, but we don’t fully understand how to implement that science in the communities with the greatest needs. Innovation requires the voices of the people who live, work, and play in the communities we are trying to reach.

We cannot create real solutions without access to timely data for all communities. We need to improve the amount and quality of data collected from the trans community, women, and gay men. Innovation requires access to this information. Communities must be better trained and integral to these systems. At the end of the day, data must be the foundation for what works and what needs improvement.

Community cannot be an after-thought in the process. Dashboards and APIs (application programming interface) must be developed for them. It is particularly important to include PLWH and people on PrEP in these discussions. Their data is not something abstract and its safety must be prioritized. However, how we use data has changed and our movement must catch up. Do systems developed in the 1980s still make sense now?

Even with these efforts, ending the HIV epidemic will still have over one million Americans living with HIV. That’s the difference between ending the epidemic vs. ending AIDS. Ending AIDS requires a cure and a vaccine, something that is beyond community. Ending the epidemic means reducing the number of new cases to below epidemic proportions. Our work will not be over when we end the epidemic. We will continue to be concerned about health and wellbeing of the 1.1 million people living with HIV who will need ongoing healthcare, medications, and supportive services so that they can stay healthy and prevent transmission to others

Obviously, there are many other innovations and priorities. This is just the start of the conversation. Our movement is about to put together its final plan or at least its next to final plan. For those of us who have spent our lives fighting this disease, this is a huge bittersweet moment. 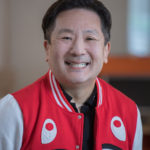