That Time They Screamed “Faggot”

Too many of us in the LGBTQ community can tell stories about a car full of strangers that screams “faggot, dyke or tranny”. This shared experience is all too common and a rite of passage for many in the queer community. Understanding the values and culture of the diverse LGBTQ communities is core to our efforts to reach the 400,000 people living with HIV who have fallen out of care or are unaware of their HIV status and the one million people we hope to get on PrEP.

As we start to build plans to end the domestic HIV epidemic, unfortunately gay men make-up 66% or the majority of the people living with HIV (CDC). This number is off because the CDC continues to count transgender people living with HIV with gay men. It’s time for the CDC to separate the transgender community epi profile from that of gay men, at least in the 57 federally targeted jurisdictions.  The HIV community has been making that request since the 90’s. U=U and PrEP efforts targeting gay men do not speak to the transgender community and visa versa.

Here is what we do know about transgender people living with HIV. According to a CDC meta-analysis, from 2009-2014, 2,351 transgender Americans were diagnosed with HIV. 84% were trans women and 14% were trans men. Half of these cases happened in the South. Among transgender women living with HIV, 51% are African American, 29% are Latinas, 11% are white and 9% are other. CDC did not list the percentages for American Indians/Alaska Natives, Asians or Pacific Islanders.

What the transgender and gay communities have in common is a shared experience of prejudice and discrimination. However, as a gay men I will never fully understand what it means to be transgender in America, but that does not mean I can’t support and stand in solidarity with these allies. When NMAC fights for communities that are highly impacted by HIV, that means we are fighting for gay men, the transgender community, black women, Latinas and drug users.

Just last year a car full of strangers shouted “faggot” at me. I abruptly turned around and said, “that’s Mr. Faggot to you!” As their car started to slow down, I immediately regretted my mouth. I am 5ft. 6 in. on a good day, so that was probably not the safest thing for me to say. These are crazy times and I’ve had to learn to not take my safety for granted. As I started to cross the street, the car made a turn into my cross walk. Not knowing what to do, I blocked the car from passing. Then I got my smartphone and took a picture of the license plate. The car quickly speed off and my heart was beating like a drum.

Solutions to ending the HIV epidemic are not as simple as linking folks to healthcare and giving them a prescription for meds. If it was that simple, we could have done it a long time ago. Solutions to ending the HIV epidemic require us to reach communities that have eluded previous efforts. To speak to people who daily face discrimination and even hatred for being themselves. That’s why I tell my federal white cisgender male friends that we have different roles in ending HIV.  Just as I will never understand what it means to be transgender in America, you will never understand what it means to be gay, particularly a gay man of color, particularly a feminine gay man of color with a big mouth. On the 50th Anniversary of Stonewall, I invite you to march with me so we can stand in solidarity. I also ask you to understand that it is nothing personal, but sometimes we need to listen and leave the leadership to the communities we need to reach. Happy Pride! 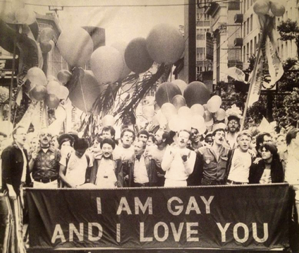