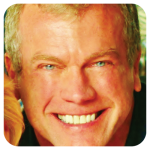 Current and past consulting projects have been sponsored by Indian Health Service, Office of Minority Health Resource Center, Family and Youth Services Bureau, SAMHSA, and private philanthropy. Mr. Chesbro has served on the Centers for Disease Control/Health Resource Services Administration Advisory Committee on HIV, Viral Hepatitis, and STD Prevention and Treatment. He is a past Vice President of Education and Professional Training for Planned Parenthood of Arkansas and Eastern Oklahoma. Mr. Chesbro serves on the Board of Directors for NMAC. He is a member and past Co-chair of the Racial and Ethnic Populations Advisory Committee for the National Institutes of Health’s Office of AIDS Research. He has also served on the HIV Advisory Committee for the Association of American Indian Physicians. He served for thirteen years on the City of Tulsa’s Human Rights Commission and is a past Chair of the Commission. In the past he has also served in an advisory capacity to the Journal of the American Medical Association, the U.S. Department of Human Services, and the American Foundation for AIDS Research. He has been featured in the books “Voices from the Heart: In Celebration of America’s Volunteers” and “The Faces of AIDS: Living in the Heartland”. Tommy has given thousands of presentations. His presentations include being an opening plenary speaker at the 2015 National HIV Prevention Conference, a panelist at the U.S. Summit to End AIDS in 2012, a plenary speaker at the United States Conference on AIDS 2012, a Keynote speaker at the 2008 United States Conference on AIDS, a Keynote speaker at the 2006 National Institutes of Health HIV Conference for Indigenous Peoples of North America and the Pacific Islands, an invited panelist to the 2011 Centers for Disease Control National Conference on HIV/AIDS Prevention, and a plenary speaker at the 2012 National Teen Pregnancy Prevention Conference. He also presented at the National HIV/AIDS Conference held in South Africa in 1996.