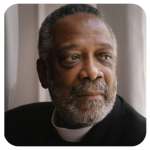 The Reverend Edwin C. Sanders, II, is the Senior Servant and Founder of the Metropolitan
Interdenominational Church in Nashville, Tennessee. This congregation has attracted a broad crosssection
of people with the mission of being “inclusive of all and alienating to none.” Metropolitan
has outreach ministries in the areas of substance abuse, advocacy for children, sexual violence, and
harm reduction, in addition to providing services to persons infected with, and affected by,
HIV/AIDS through the First Response Center, which Rev. Sanders founded in 1992.
Rev. Sanders is a graduate of Wesleyan University, where he received the Bachelor of Arts Degree in
Anthropology in 1969. He specialized in Cultural Anthropology, and his thesis was entitled, “The
Black Church as a Revolutionary Institution.” Rev. Sanders’ professional life also began at
Wesleyan, as Co-Director of the African American Institute, and he is a former member of the
Wesleyan University Board of Trustees. He has done graduate study at Yale University Divinity
School and as a special student at Vanderbilt University Divinity School. The opportunity to travel
extensively throughout Europe and Africa was afforded Rev. Sanders as one of the first fellows of
the Thomas J. Watson Foundation.

For eighteen years, Rev. Sanders served as Pastoral Counselor for the Meharry Medical College
Alcohol and Drug Abuse Program in Nashville, Tennessee, where he was responsible for the spiritual
component of all programs. This work was primarily built around the conducting of group and
individual therapy sessions. Also in Nashville, Rev. Sanders has served as Director of the Southern
Prison Ministry, and as the Dean of the Chapel at Fisk University.

Rev. Sanders holds life membership in the NAACP, and is a member of the Interdenominational
Ministers’ Fellowship (former President). He is a member of the Alcohol and Drug Council of
Middle Tennessee, and has served as a Commissioner for the Tennessee Human Rights Commission.
He is past Chairperson of the Ryan White Community AIDS Partnership, and is still an active
member of the consortium. He was appointed to the CDC Advisory Committee on HIV and STD
Prevention during the Clinton Administration and served five years on the Presidential Advisory
Council on HIV/AIDS during the Bush Administration. He also served as co-chair of the National
Syphilis Elimination Working Group and is currently involved with the Obama Administration
White House Office on AIDS in implementing the National AIDS Strategy. Rev. Sanders was a
presenter at the World AIDS Conferences in Geneva, Switzerland, Durban, South Africa and
Toronto, Canada, as well as speaking regularly at other forums and conferences throughout the
United States and around the world. Rev. Sanders serves on the Boards of Directors of the Black
AIDS Institute, The AIDS Institute, The National Minority AIDS Council, The Religious Coalition
for Reproductive Choice and The Drug Policy Alliance. He is the National Coordinator for
Religious Leaders for a More Just and Compassionate Drug Policy, and a former member of the
National Advisory Council on Sexual Health at the National Center for Primary Care. More of his
current commitments include serving on the Advisory Committee of the Rural Center for HIV/STD
Prevention, and as Chair of the HIV Vaccine Trails Network Legacy Project Advisory Group
designed to increase the participation of African Americans and Latinos in HIV vaccine studies.
Also in 2002, Rev. Sanders was a candidate for Governor of the state of Tennessee, finishing third
out of a field of fourteen candidates.