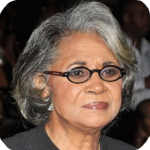 In 1964, Wilson won her first Grammy Award for the best rhythm and blues recording for the album How Glad I Am. She was featured as a “grand diva” of jazz in a 1992 edition of Essence. In the same year, she also received the Whitney Young, Jr. Award from the Urban League. In 1998, she was a recipient of the Playboy Reader Poll Award for best jazz vocalist.

In 1986, she was dubbed the Global Entertainer of the Year by the World Conference of Mayors. She received an award from the Martin Luther King, Jr. Center for Nonviolent Social Change in 1993; the NAACP Image Award – Hall of Fame Award in 1998, and was inducted into the Big Band and Jazz Hall of Fame in 1999. She received the Trumpet Award for Outstanding Achievement in 1994. Wilson received a Star on the Hollywood Walk of Fame in 1990, at 6541 Hollywood Blvd. She received honorary degrees from the Berklee School of Music and Central State University in Wilberforce, Ohio. She is also a member of Delta Sigma Theta sorority. Wilson has a street named after her in her hometown of Chillicothe, Ohio. She co-founded the Nancy Wilson Foundation, which exposes inner-city children to the country.

Wilson was the recipient of the National Endowment for the Arts (NEA), NEA Jazz Masters Fellowships award in 2004, the highest honors that the United States government bestows upon jazz musicians. In 2005 she received the NAACP Image Awards for Best Recording Jazz Artist. She received the 2005 UNCF Trumpet Award celebrating African-American achievement, a Lifetime Achievement Award from the NAACP in Chicago, and Oprah Winfrey‘s Legends Award.

In September 2005, Wilson was inducted on the International Civil Rights Walk of Fame at the Martin Luther King, Jr. National Historic Site. Wilson was a major figure in civil rights marches of the 1960s. Wilson said, “This award means more to me than anything else I have ever received.”

Times.com, August 20, 2006: “It’s been a long career for the polished Wilson, whose first albums appeared in the 1960s, and she faces that truth head-on in such numbers as ‘These Golden Years’ and ‘I Don’t Remember Ever Growing Up’. Shorter breathed these days, she can still summon a warm, rich sound and vividly tell a song’s story. With a big band behind her in ‘Taking a Chance on Love‘, she also shows there’s plenty of fire in her autumnal mood”.

At the Hollywood Bowl, August 29, 2007, Wilson celebrated her 70th birthday with an all-star event hosted by Arsenio Hall. Ramsey Lewis and his trio performed “To Know Her Is To Love Her“.