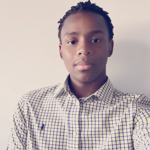 Raised in a small town in South Carolina, Charles Pettiford’s determination to help others started when he was only 15 years old. After graduating from Marion High School, he moved to Albany, GA, where he became a Tutor Coordinator that allowed him to find out that helping youth was his calling. He now resides in Nashville, Tennessee, working at Street Works as a HBCU Outreach Specialist. He is part of the Greater Than AIDS campaign- SpeakOut, which uses social media to engage with the LGBTQ community to break the silence about HIV/AIDS. Through this work, he is taking his mission to help others to a new level. Charles is now a fellow member with the Black AIDS Institute African American HIV University Science & Treatment Program, where he is going through training to build the skills and knowledge to fight HIV in his community. Even though Charles has been through trials and tribulations, he continues to push forward towards ending the new HIV infections rates in the South.