Stand UP to AIDS by Putting DOWN Your Razor Blades! 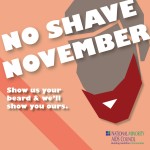 On average, men in the United States live sicker and shorter lives than their female counter parts. They face significantly higher rates of heart disease, cancer, suicide and especially HIV and AIDS. Despite making up less than half of the overall population, men account for three out of every four people living with HIV in the U.S. This is driven mostly by the impact that HIV continues to have on gay and bisexual men, especially young gay men of color. In 2010, gay and bisexual men accounted for 63% of estimated new HIV infections in the U.S. and 78% among all men generally. From 2008 to 2010, new HIV infections increased 22% among young (aged 13-24) gay men and 12% among gay men overall.

During the month of November, men across the country are putting down their razors and growing out their facial hair to increase awareness of health issues facing men, from prostate and testicular cancer to mental health and depression. This month, NMAC is asking you to do the same, to spark a larger conversation about the need for men to take control of the sexual health!

Click here to be part of No Shave November! http://nmac.convio.net/noshavenovember Commit to putting down your razor, and educating your friends and family about the impact HIV has on men, especially gay and bisexual men!

Send us pictures of your progress on Facebook and Twitter and we might share them with our followers! Be sure to use the hashtag #NoShaveNovember when posting! We’ll post our favorite beards at the end o the month in honor of World AIDS Day!

Can’t grow a beard or don’t want to? That’s ok! You can still support our campaign by donating here!

Help spread the word by sharing the images below! 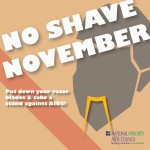 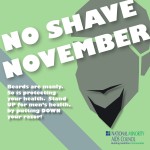 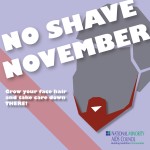 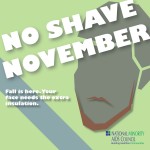 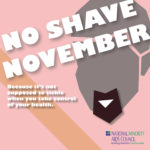