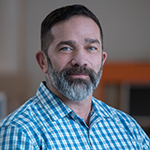 Today marks one year since Hurricane Maria devastated Puerto Rico. Recovery has been painfully slow. NMAC is proud to take part in the “Take Action for Puerto Rico” campaign. As a native Puerto Rican, this tragedy has struck me personally. Here’s how:

On September 20, 2017, Puerto Rico was struck by Hurricane María, a category 4 storm for which the island was not prepared. Previous to María another powerful storm, Hurricane Irma, brought to Puerto Rico extreme winds and rainfall, enough to leave one million people without electricity and the island vulnerable to the force of María.

These atmospheric phenomena were not the only reason for such a devastation in the aftermath of the storms. The detrimental financial situation of Puerto Rico, due to decades of fiscal mismanagement and corruption among elected officials, has had an impact on the infrastructure of the island. Therefore, when the hurricanes struck the island, what was left of infrastructure collapsed, including the outdated power grid weakened by Irma. There was no electricity for more than six months on the whole island. Still today there are jurisdictions without electricity

The people of Puerto Rico were already experiencing a sense of loss and disappointment before the storms. First, at their elected officials and second with the imposition of a Federal Fiscal Control Board to take over the finances of the “Shining Star” of the Caribbean. This federal government imposition highlighted the fact that Puerto Rico is only a territory with no political power to influence the US Congress neither the authority to receive help from foreign countries. In other word it is a colony govern by the congress of the United States of America. An at-large collective realization of the territorial status took place demoralizing Puerto Ricans on the island and mainland. Puerto Ricans were reminded that they are second class US citizens.

With all of that chaos for the average Puerto Rican, imagine what life has been like for those living with HIV. For a year now, their medical care has been, at the very best, interrupted and, at worst, nonexistent. That means their health and their lives have been endangered by this fiasco. The impacts of that lost care can’t be regained. And, unfortunately, there is still no real end in sigh for them.

The aftermath of Hurricane María changed the live of all Puerto Ricans. Puerto Ricans were not only reminded of their second class status but treated as such by the president of the United States, the US congress, the Federal Emergency Management Agency (FEMA), and the local government of Puerto Rico. The only response worth acknowledging is the community based organizations that without many resources were able help and bring to safety thousands of Puerto Ricans in rural and urban regions.

Hurricane María was a life changing experience for those in the island and those in the US mainland. Hundreds of thousands of Puerto Ricans moved to the US mainland, among them my parents. William Agosto, 80 years old, and Carmen Eva Rosario, 78 years old. The day after the storm my nephew, siblings and I agreed that without electricity their lives were in danger. We were lucky to have friends and some resources that allowed us to move them to live with me in Maryland. They both have a number of chronic diseases that require monitoring, constant doctor visits and the 24/7 company of a healthy adult.

The life of my parents and my own changed. The Puerto Rico we know has disappeared and the one to be formed after María will be foreign to us. My parents are not ready to go back and I am not ready to let them leave because after María they are my homeland, my enchanted island.