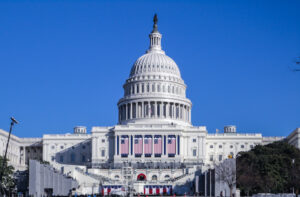 It is rather remarkable that 12 states still refuse to expand Medicaid, leaving two million Americans subject to the Medicaid gap – denying these Americans access to Medicaid and making them ineligible for subsidies to purchase private insurance on the Marketplace.

The refusal for these governors and state legislatures to expand Medicaid under the Affordable Care Act (ACA) is another attack on vulnerable citizens who reside in these states. Neither political courage nor political will will change the minds of legislators in these remaining states:

The Center for Health Law and Policy Innovations at Harvard Law School recently issued a report (June 2021, Filling the Medicaid Coverage Gap A Federal Policy Priority for People Living with HIV) that correctly and strongly stated “HIV demonstrates the cruelty of this gap and the widening disparities it has wrought across Medicaid and non-Medicaid-expansion states. With access to regular antiretroviral treatment and care, HIV is not only manageable, it is impossible to transmit to others, making increasing access to care and treatment a public health priority and at the center of the federal government’s ambitious plan to end new HIV transmissions by 2030. But for the 20% of people living with HIV in non-Medicaid-expansion states who remain uninsured, regular access to care and treatment is far more challenging. Ninety-seven percent of individuals in the Medicaid coverage gap live in the South, a region that is also home to over 50% of new HIV transmissions.”

I cited this section because it not only factually connects the failure of these states to the high percentage of new HIV transmissions, but because NMAC has consistently advocated for an all-approach towards Ending the HIV Epidemic (EHE).

That is, we cannot End the HIV Epidemic until we close this Medicaid gap.

NMAC recently joined other NGOs to advocate that Congress take immediate action on this issue. Absent action from these states, Congress must step in.

NMAC is proud of our history of advocating for bold actions and this is yet another example. While there are a few options for Congress to take, perhaps the boldest option would be for Congress to direct the Centers for Medicare and Medicaid Services (CMS) to develop a federal Medicaid plan for these remaining 12 states.

If you live in one of these states, we’d like to hear from you – NMAC will help you advocate for change. Please email Andres Rodriguez at ARodriguez@NMAC.org. We will form an advocacy committee to help constituents in these states mobilize.

A good first step would be to federalize Medicaid in these remaining states.