Nothing About Us Without Us

Our movement is about to have a large influx of new cash. Over the next few months, hundreds of millions in new federal funds will go to the 57 jurisdictions and beyond to end the HIV epidemic in America. It was not an easy task to get new money during the Trump administration and now we need to make sure that resources get to where they are most needed.

The nearly $300 million in new funding mandates greater scrutiny by everyone impacted. Decisions will be made that could determine the future of health departments, community-based organizations, health centers, researchers, national organizations and pharma. Will the new funds get to the communities hardest hit by HIV or will it be used to increase the bureaucracy?

Decisions will be made that could upend the service mix for people living with HIV. Currently, around 700,000 people living with HIV are in healthcare with various degrees of viral suppression. The goal is to add 500,000 more people into the system and to have them be virally suppressed. Additionally, the plan will enroll 900,000 more people onto PrEP. To reach these large numbers, health systems and services need to be expanded. Systems must reach thousands if not tens of thousands more people. Most of the targets come from the most marginalized communities in America. Beyond race, gender, or gender identity, these communities battle depression, drug and alcohol use, and mental health issues.

Last week CDC released their new NOFO (CFC-RFA-PS20-2010) to get the new appropriations to state health departments. $109 million was made available for 48 awards. Since CDC’s Ending the HIV Epidemic appropriations was $140 million, what are they doing with the other $31 million? Transparency is key to our continued collaboration. 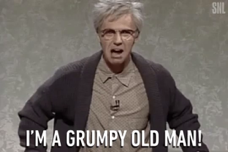 Last week I officially joined the grumpy old men’s club when I talked about the nearly 800 staff in CDC’s Division of HIV/AIDS Prevention. The number pushed my buttons because NMAC has nearly 20 staff. Like most community focused organizations, we’ve had to learn magic. The agency has a huge job but must live with limited resources. We’re lucky because we survived. How many organizations, particularly within communities of color, have closed?  The irony is that we need those agencies now more than ever. Ending the epidemic requires us to reach communities that have eluded previous efforts. Agencies created to support many of our targets closed down over the last 10 years.

NMAC played a critical role the last time our movement saw significant new resources. The Minority AIDS Initiative was funded by Congress in 1998 to build and support minority community-based organization. NMAC, through the important work of Miguelina Maldonado, worked diligently with the Congressional Black and Hispanic Caucuses to craft the legislation. Over time funding from the MAI was reprogrammed for non-minority issues. NMAC is concerned that we don’t repeat history by taking money meant for ending the epidemic and using it for other purposes. 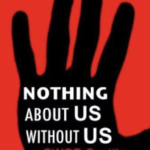 I’ve worked with HHS, CDC, HRSA, and NIH since the 1980s, I remember all the decisions, good and bad, that were negotiated. Far too often community had no voice while funding was reprogrammed. Not this time. We get nothing by being quiet. Over the next six months, decisions will be made that impact our ability to end the epidemic. However, it won’t happen if we can’t reach the 500,000 people living with HIV and get 900,000 more sexually active people on PrEP. This is a huge task that requires real leaders who can work collaboratively with Community. And those leaders making the decisions must reflect the Community that they are serving. Otherwise, we will continue to make the exact same errors that have made the HIV Epidemic what it is today. Dr. Redfield’s mantra of needed Disruptive Innovation cannot ever become reality if we do more of the same.

Yours in the struggle,
Paul Kawata