Today (June 27) marked National HIV Testing Day! I encourage our NMAC Community to use what this day m 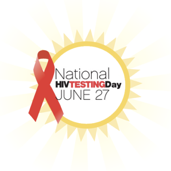 eans by holding ourselves and our loved ones accountable. Each of us should be committed to making sure that we know our status (AND that those we care about know their status).

According to the CDC, an estimated 1,122,900 adults and adolescents were living with HIV at the end of 2015 in the United States. Of those, 162,500 (15 percent) were not aware of their status. While this is a relative decrease, population specific disparities exist. For example, being unaware of one’s status is particularly prevalent in youth. According to the CDC, among people aged 13-24 with HIV, an estimated 51 percent didn’t know their status when they tested positive. Since communities of color, especially in the south, are disproportionately impacted by HIV, it is imperative that we harness our collective power to change this narrative.

Right now, we have the behavioral and biomedical tools to prevent HIV. Knowing your status is the first step in ending the epidemic. From there, the goal is two-fold: (1) in the event that an individual tests positive, we must link those individuals to care and set them on the path to treatment adherence and/or viral suppression; and (2) in the event that an individual tests negative, we should educate that person about pre-exposure prophylaxis (PrEP). This week, Representative Barbara Watson Coleman (NJ-12) introduced a resolution written in consultation with NMAC and several national HIV and STD partners which encourages the U.S. House of Representatives to support increasing PrEP awareness and education in an attempt to reduce the number of seroconversions in the United States.

As an organization, NMAC is committed to doing all we can to end the HIV epidemic in the near future. In addition to my professional advocacy, I’m personally committed to #DoingItMyWay. At my well women’s exam earlier this month, I intentionally requested an HIV test. Both after taking the test and receiving the results, I also encouraged my partner, several of my sorority sisters, and cousins to empower themselves by doing the same. Can I count on you to get yourself or someone you care about tested for HIV today? For more information about where to get an HIV test near you, visit: https://locator.aids.gov/.