NMAC Overcome with Sadness at Delegates’ Loss in Malaysian Flight 17

The following is a statement from National Minority AIDS Council Deputy Executive Director Daniel C. Montoya in response to reports that more than 100 delegates en route to the International AIDS Conference in Melbourne, Australia perished on Malaysian Airlines Flight 17. Montoya spoke in place of Executive Director Paul Kawata who is in Melbourne attending AIDS 2014. 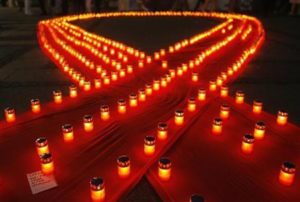 On behalf of our Board, staff, and the National Minority AIDS Council’s (NMAC) entire extended family both local and abroad, we are absolutely devastated by reports that among the nearly 300 souls so tragically lost on Malaysian Airlines Flight 17, were more than 100 researchers, advocates, health workers and people living with HIV bound for the International AIDS Conference, AIDS 2014, in Melbourne, Australia. Among those whose lives were claimed was Dutch researcher Joep Lange, who formerly served as president of the International AIDS Society (IAS), which organizes the prominent international conference every two years, last held in 2012 in Washington, DC.

“While Dr. Lange’s may be the most recognizable name among those that we lost, it does not make the others (as high as 107 in some estimates) any less difficult to bear. The HIV/AIDS community, while spread out around the globe operates like a tight-knit family, regularly looking to each other for the support that we’re so often denied by our institutions at home. Because of this, the loss of so much of our family at once is indescribable. Our thoughts and prayers go out to the surviving family, friends and colleagues of all those who perished. While the pain we all feel today will undoubtedly stay with us for years to come, so too will the legacy and contributions made by those that we have lost to ending this epidemic.”