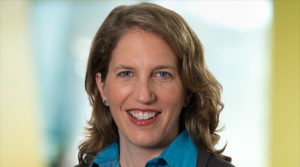 The following is a statement from the National Minority AIDS Council Director of Outreach and Public Affairs Kyle Murphy:

Washington, DC – “The National Minority AIDS Council (NMAC) applauds the Senate’s confirmation of Sylvia Burwell to lead the U.S. Department of Health and Human Services (HHS).  This position is critical to ensuring a coordinated national response to the HIV/AIDS epidemic, overseeing a number of agencies responsible for providing prevention and care services to those living with and vulnerable to the disease.  Under Secretary Burwell’s predecessor, Kathleen Sebelius, HHS played a central role in developing the National HIV/AIDS Strategy and ensuring that the Patient Protection and Affordable Care Act (ACA) addressed the needs of individuals living with HIV or AIDS.

“NMAC is confident that Secretary Burwell will continue this tradition of strong leadership as she takes on her new role.  She comes with a dizzying array of qualifications, including having previously served as the Director of the Office of Management and Budget (OMB).  Prior to that, she served as President of the Walmart Foundation and President of the Global Development Program at the Bill & Melinda Gates Foundation, where she worked for 10 years and also served as their first Chief Operating Officer.  During the Clinton Administration she served as Deputy Director of OMB, Deputy Chief of Staff to the President, Chief of Staff to the Secretary of the Treasury, and Staff Director of the National Economic Council.

“At this critical time, as we work to ensure successful implementation of the National HIV/AIDS Strategy and the ACA, while also protecting the Ryan White Program, NMAC looks forward to collaborating closely with Secretary Burwell.  We are confident that her experience will prove invaluable as we fight to realize our mutual vision of an AIDS-free generation.”