NMAC is pleased to announce Chairwoman Maxine Waters and U.S. Secretary of Housing and Urban Development Marcia Fudge as the 2021 Capitol Hill Champions Awards recipients. The awards will be presented at a virtual event in December.

In honor of the late John Lewis and Elijah Cummings, NMAC will present awards in their names for their lifelong commitment to racial justice and creating equality for all. 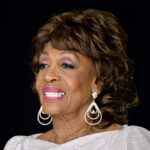 The John Lewis Good Trouble Award will be awarded to Chairwoman Waters who embodies John Lewis’ dedication to racial equality on all fronts. Throughout Chairwoman Waters’s 40 years of public service, she has been at the foreground of tackling controversial and difficult issues. Whether it be her success on affirmative action legislation during her time as a California state legislator to spearheading the creation of the Minority AIDS Initiative, Maxine Waters has been a champion of human rights and embodiment of dedication to racial equality. The award will be presented by last year’s recipient, Speaker Nancy Pelosi. 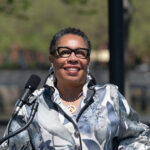 The Elijah Cummings Award for Minority Health Equality will be presented to Secretary Fudge, who dedicated her congressional career to fighting for healthcare equality and equity for minority communities. As Chairwoman of the Congressional Black Caucus and Congresswoman from Ohio, Marcia Fudge successfully tackled issues spanning the political gamut. Through her leadership as HUD Secretary, she is working vigorously to solve issues such as the growing homelessness crisis and racial disparities affecting homeowners. The award will be presented by Dr. Maya Rockeymoore Cummings.