My Journey with PrEP 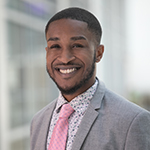 A few days ago, I started primary care with a new doctor. I recently relocated back to Indianapolis now that my job is virtual. When my doctor walked into the room, she asked me about the blood pressure medication I take, and then she asked…… “so I see you want to be prescribed PrEP, tell me about that?”

Doctor: “Okay, great.” (trying to mask her shock and surprise).

Me: “Have you ever prescribed PrEP?”

Me: “Well, you want to do an HIV test on me, full STI screening, check my kidneys, and…”

Doctor: Laughs.. “Thanks, but I asked a colleague and he walked me through the process already…”

Me: “Great, if other people in your practice need some education, I can refer you to a PrEP providers training program.”

The rest of the conversation went pretty well. I walked out of the doctor’s office with an order for PrEP called into the pharmacy less than a mile from my home. A few years ago, this was not my reality. As I drove home, I couldn’t help but reflect on how far I’ve come. I couldn’t help but recall the days before I had quality health insurance, before I had a car to easily make it to appointments, and before I had the education to advocate for myself.

My journey towards PrEP has been long. I first learned about PrEP attending an HIV prevention conference in 2014. Five years later, I finally began PrEP in November of 2019. Before coming to NMAC, I was a young professional just starting in the HIV workforce. Like many beginning professionals, I worked for a low salary and no health insurance benefits.

After learning about PrEP, I made it my mission to increase awareness in my local community.
I began educating anyone who would listen. I held community talks, focus groups, launched a PrEP campaign, and helped develop internal processes/external partnerships to increase PrEP referrals and navigation for young, Black gay/bisexual men and transgender women.

Even as I worked to increase PrEP access in my community, I faced the reality that PrEP was not accessible to me. No health insurance meant no PrEP. I knew, however, when I did have access to insurance, I was going to start PrEP—period. I just needed to hold on to my negative HIV status long enough to get a prescription.

PreP gives us the power to transform our narratives and rewrite history as Black gay men. Many of us have heard the CDC projection, “½ of Black gay, bisexual men will contract HIV within their lifetime” if current trends in HIV acquisition continue. PrEP is a powerful tool we MUST use to change this trajectory. We will only change this, however, if everyone who wants PrEP has the access, resources, and support to sustain PrEP uptake.

PrEP has been revolutionary for me. I think back to 2011, being madly in love with someone, and having that person tell me they could no longer be with me because they feared transmitting HIV to me. Fast forward 10 years, and I have proudly and openly dated people living with HIV with no fear of HIV transmission. PrEP gives us the power to take control and finally enjoy a health sex life free of fear and shame. I have never enjoyed sex and intimacy as much as I have since starting PrEP.

In honor of Black HIV Awareness Day, we must ensure everyone can be a part of the revolution. My experience today is still not the experience of most Black gay men I talk to who want to access PrEP like my friend, who told me this weekend his primary care doctor first refused to prescribe him PrEP and later tried to dissuade him due to him not “being a good fit” for PrEP. Thankfully, he did not listen. He persisted and now has an appointment to being PrEP this week.

We must ensure everyone has access to adequate health insurance and informed care providers.