On Friday, March 22, 2018, the President signed the bill that set the FY18 funding levels through September 30, 2018.  Flat-funding means maintaining the funding level from the previous fiscal year (FY17). Here’s a summary of what we currently know regarding how it impacts HIV/AIDS funding:

OMB is reviewing a rule about the public charge

According to a draft of the proposal obtained by The Washington Post, the administration is seeking to further restrict immigration by changing the reach of the rules around “public charge.” It would change what can be used in a determination that would broaden range of factors when considering immigrants or their U.S.-citizen children are using public benefits or may be likely to do so. The proposed rule would force families, including citizen children, to choose between getting the help they need – like the Earned Income Tax Credit, ACA subsidy, CHIP and “WIC” nutrition assistance for babies and moms, medical care, and housing assistance – and reuniting with those they love or even keeping their families together. If adopted, this rule will make families choose between staying together and getting the health care they need, even for the family members who are US citizens.

New Director at the CDC

On Monday, March 26, 2018, Dr. Robert Redfield Jr. began his tenure as the new director of the Centers for Disease Control and 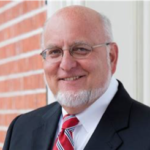 Prevention (CDC) in Atlanta. It is reported that while addressing senior CDC staff, Dr. Redfield stated that the AIDS epidemic could be ended within seven years and he pledged to bring the opioid crisis “to its knees.” Dr.Redfield has a complex history with the HIV community. He rose to prominence in the 1980s as a top researcher into the emerging AIDS epidemic and was most recently a medical school professor at the University of Maryland. However, Dr. Redfield has also been scrutinized for overstating the effectiveness of an experimental AIDS vaccine over two decades ago. NMAC and other organizations are cautiously optimistic to work the new director.

TAKE ACTION: Many of you participated in AIDS Watch 2018 last week. Over 500 people from across the country travelled to Washington, DC to speak truth to power on Capitol Hill and share their personal stories with congressional staffers. It is vitally important to continue those efforts at the state level and speaking to your federal elected officials when they are at home. If we don’t support and advocate for HIV funding and programs, who will?  Our movement cannot afford to stand on the sidelines.  Your U.S. Senators and U.S. Representatives need to hear from you.

Finally, PARTICIPATE IN THE PRIMARY ELECTION(S) in your state!