CDC: 40% of People Living with HIV Cause 80% of New Transmissions 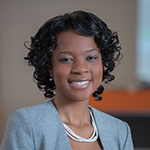 Shortfalls in HIV testing and treatment are hampering efforts to stop new infections of the AIDS-causing virus in the United States, the Centers for Disease Control and Prevention says. New study data reveal that in 2016, about 80 percent of new HIV diagnoses occurred from the nearly 40 percent of people with HIV who either did not know they had HIV, or who received a diagnosis but were not being treated. The nearly 15 percent of people with undiagnosed HIV accounted for almost 40 percent of all HIV transmissions, the CDC reported. And the roughly one-quarter of people with diagnosed HIV who were not receiving care accounted for 43 percent of all HIV transmissions, the findings showed. For more information → READ https://www.webmd.com/hiv-aids/news/20190319/cdc-40-with-hiv-cause-80-of-new-infections#1

Immunotherapy kicks and kills HIV by exploiting a common virus

University of Pittsburgh Graduate School of Public Health scientists report recently reported in EBioMedicine that they’ve developed an all-in-one immunotherapy approach that not only kicks HIV out of hiding in the immune system, but also kills it. The key lies in immune cells designed to recognize an entirely different virus. In this study, the team engineered “antigen-presenting type 1-polarized, monocyte-derived dendritic cells” (MDC1) that were primed in the lab to seek out and activate CMV-specific cells. When the MDC1 were added back to T helper cells containing latent HIV, MDC1 were able to recruit killer T cells to eliminate the virally infected cells. The team is now pursuing funding to begin clinical trials to test this property of MDC1 in humans. For more information → READ https://www.eurekalert.org/pub_releases/2019-04/uop-ika040319.php

An LGBT rights group filed a lawsuit against Arizona this week over the state’s prevention on HIV and AIDS education that “promotes a homosexual life-style.” The lawsuit, filed on behalf of Equality Arizona, alleges the 1991 law constitutes unconstitutional discrimination and restricts educational opportunity for LGBT students. Arizona is one of seven states that have laws against promoting homosexuality. Critics say such laws stigmatize lesbian, gay, bisexual and transgender students and create a state-sanctioned climate of discrimination. For more information → READ
https://www.washingtonpost.com/national/health-science/lgbt-groups-sue-arizona-over-hivaids-instruction-law/2019/03/28/547ce834-51bc-11e9-bdb7-44f948cc0605_story.html?utm_term=.e7de7b79d9ca

Podcast: KHN’s ‘What The Health’ Health Care’s Back (In Court)

It’s been a wild week for health policy, mostly because of developments surrounding two different legal cases. Margot Sanger-Katz of The New York Times, Joanne Kenen of Politico and Kimberly Leonard of the Washington Examiner join KHN’s Julie Rovner to sort it out with a discussion of a setback for Medicaid work requirements and the Trump administration’s decision to back a lawsuit claiming the entire Affordable Care Act is unconstitutional. Also, Rovner interviews filmmaker Mike Eisenberg about his movie “To Err Is Human: A Patient Safety Documentary.” For more information → READ https://khn.org/news/podcast-khns-what-the-health-health-cares-back-in-court