How Much Do We Value Black Gay Men? 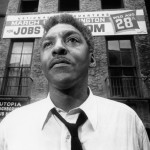 For decades, Bayard Rustin has been one of the least known, yet prolific, contributors to the civil rights movement.  Rustin served as the brains behind the 1963 March on Washington for Jobs and Freedom, managing to coordinate and promote the event in just two months.  But, as a gay man, Rustin was kept in the shadows by the homophobia of both his enemies and his allies at the time.

Today marks the 50th anniversary of Rustin’s effort to collectivize a racial and economic rally that became a watershed moment for contemporary civil rights.  Rustin emblemizes both a contemporary and historic fight for racial equality, which is now accompanied by a quest for economic justice, as well as gay rights.  If alive today, Rustin would presumably recoil at the fact that Black gay men represent one the demographics most heavily impacted by HIV and suffer the greatest disproportionate burden of the disease.

The level of investment in HIV services targeting Black gay and bisexual men has never adequately reflected the burden of the epidemic borne by this community.  What’s more, there has been precious little quantitative research done on either the efficacy of programs that target Black gay men, or the true scope of service needs for them.  As part of our RISE Proud initiative to highlight the HIV prevention and care needs of Black gay and bisexual men in the United States, the National Minority AIDS Council (NMAC) partnered with Dr. David Holtgrave from John Hopkins Bloomberg School of Public Health to quantify both the scale of unmet needs within the community, and the level of investment necessary to adequately match the scope of the crisis.  The research was supported by the Ford Foundation and provided some startling but critical insights.  An article, outlining the findings, has been published in the most recent issue of AIDS and Behavior.

Dr. Holtgrave and his team built upon the previous research of Spencer Lieb to estimate the number of Black gay, bisexual and other men who have sex with men (MSM) living in the United States.  In 2007 Lieb S, et al. estimated the number of Black MSM over 18 who live in the U.S. to be 634,876.  Adjusting this number to account for general population growth as reported by the U.S. Census bureau, Dr. Holtgrave and his team estimated that are currently 659,405 Black MSM over the age of 18 living in the country.  Adding those between 13-17 years of age, and that figure grows to 735,690.  Utilizing this baseline population estimate, Dr. Holtgrave and his team overlaid epidemiological data to estimate the number of Black gay and bisexual men living with HIV in the United States as well as their engagement in the care continuum.

The results paint a stark picture of our health care system’s ability to successfully serve this population.  Dr. Holtgrave and his team estimate that there are 195,313 Black MSM living with HIV in the United States.  50,196 of them are unaware of their sero-positivity.  For those who know their HIV status, 67,625 were not linked to care.  What’s more, only 43,390 Black MSM in the U.S. are on antiretroviral treatment and have achieved an undetectable viral load.  While these numbers provide a snapshot of the true scale of the crisis facing Black gay and bisexual men in this country, the more important findings of our research and Dr. Holtgrave’s article center around the investment necessary to make real progress in our efforts to fight the epidemic’s toll on Black gay men and mitigate the stark disparities facing the community.

Building on his previous cost effectiveness research and modeling for prevention and care services, Dr. Holtgrave and his team estimate that if our nation is serious about meeting the goals of the National HIV/AIDS Strategy (NHAS) it will require an in vestment of around $2.475 billion.  The costs are broken down as follows:
•    Housing: $45 million
•    Diagnostic services:  $360 million
•    Care & Treatment:  $2.041 billion
•    Prevention Services:  $27 million

If we make this investment, the article estimates that we can avert 6,213 new infections among Black gay and bisexual men, surpassing the 25% goal laid out the NHAS.  It is important to note that not all of this investment needs to come from the government.  The largest portion of the overall cost to achieve this goal falls under the care and treatment category.   As we look forward to open enrollment for the health insurance marketplaces in October, thousands of Black gay and bisexual men living with HIV will be able to access private health insurance, while others will be eligible for Medicaid.

As President Obama noted in his 2011 World AIDS Day remarks, America must do more to show that the lives of Black gay men matter.  Given the current fiscal climate in Washington, calling for an investment of almost $2.5 billion may seem difficult.  But that figure is less than 0.002 percent of total federal discretionary spending.  How much do we value the lives and health of Black gay and bisexual men?  Tackling the HIV crisis will require an answer to this question.