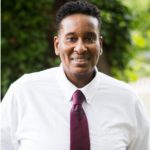 I was honored to attend the Conference in December 2018 in Sunny Los Angeles, California.  The Spirit and excitement was the attendees was very high. I witnessed a lot of people’s hope in thriving while living with HIV.  This is significant to me because when I came out as a lesbian in the early 99’s, I attended countless funerals of folks who were newly diagnosed.  Their diagnoses became their swan song. Diagnostic protocols and treatment were crude and harsh and folks had not be introduced to symptoms and prevention so the diagnosis was often too late.  Today, with the flux in clinical research and early intervention, people can thrive and not just survive.

I was honored to witness countless folks share their testimonies of being undetectable.  U=U. People of all ages from their 30’s to well above 50 could finally live and excel with minimal complications, less pills, and a longer life expectancy.   I was honored to celebrate with everyone. I struggle with the implications of this campaign however. I think it generates a false sense of security as the health care industry attempts to irradiate other STI’s such as syphilis which recently has reemerged to pandemic proportions.

During the conference, I had an awesome privilege of engaging participants on two panels, Trans As Trade, which explored how Trans men are often discounted and erased in research and the LGBT community.   It is frustrating that in research and marketing, information is often categorized with cisgender women simply due to similar research results. If Trans women and gay men are at high risk and Trans men intimately engage with these populations,  shouldn’t we be as equally at risk for acquiring HIV and other STIs? I also shared on a panel with my fraternity members on considerations for receiving medical care as Trans. I shared as a nurse who works at an organization who provides care to PLWHIV and as a Trans man who is medically transitioning and has experienced negative situations while admitted in the hospital after surgery.

PrEP offers a lot of hope for all HIV negative folks including Trans men but if research and marketing discount them, doctors are less likely to see Trans men as high risk and will not be willing to prescribe it.  This puts Trans men at a higher risk of acquiring HIV. This thought pattern and lack of funding for research is disheartening and further erased and stigmatizes Trans men at exponential proportions.

I was honored at the opportunity to participate and serve at this conference.  However, I simply wish there was a greater push for Trans men to be validated, respected, and involved in furthering HIV treatment and eradication.

I look forward to be part of other conferences of NMAC.  I love the high energy and compassion you bring to provide a safe place for HIV individuals to be heard and HIV negative individuals to learn.