God is Love and Love is for Everyone 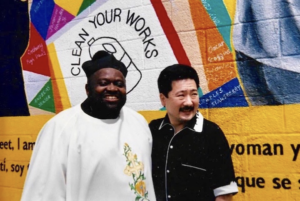 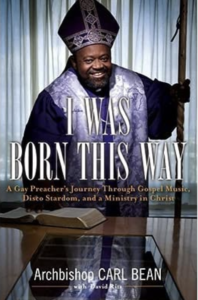 I recently flew to Long Beach to be with my friend Archbishop Carl Bean as he begins his hospice journey. Normally this would be a very private moment, but Carl needs our help. He is a proud man who would be mortified that I am sharing his Go Fund Me campaign, but he needs support. Some of you might not know Carl but, in the Black LGBTQ community, he is a hero, preacher, and fighter against HIV in the African American community. If you never got to see him preach (watch), you missed something special. Carl fought against discrimination and oppression. He is the founder of the Unity Fellowship Church Movement, the Minority AIDS Project and NMAC.

Carl spent his life fighting for the poor. He built the largest national movement of Black LGBTQ churches. As a minister, he never took a salary or paid into social security. As a result, he finds himself at the end of his life well lived without resources. While his hospice is clean and safe, he is sharing a room with two strangers who are also dying. There is a sheet that separates these odd roommates. It was hard to see him in these conditions. The world is not a fair place for people who are poor, even with friends like Congresswomen Maxine Waters (who visited Carl three days earlier). While friends are writing checks, he still needs some help. Please go to his Go Fund Me page. 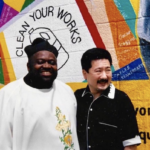 This photo of us was taken by the Los Angeles Blade after the Rodney King verdict and the riots in LA in 1992. Carl asked me to join him to facilitate conversations between the African American and Asian communities. Back then, it felt like we were fighting two different epidemics: one that was well funded and one for the poor. For Carl, the work would always be centered on the poor.

I met Carl in the mid-‘80s when he opened the Minority AIDS Project as a program of the Unity Fellowship Church in South Central Los Angeles in his community, the Black LGBTQ community. At the time it was revolutionary. There were services for the LGBTQ community in West Hollywood and services for African Americans in Compton, but Carl understood the unique need for HIV services targeting Black gay men. He was very concerned about discrimination his community would face. He created a religious movement and nonprofit HIV agency that would provide services in a nonjudgmental fashion, services that were grounded in the history and legacy of the African American community but targeting Black gay men.

We served unique roles in each other’s lives. I was his safety net, the place where he could let his hair down and not be the archbishop. He was my traveling buddy, the person I counted on to get me away from the crazy lives we led as leaders in the HIV movement. In one day, Carl might visit someone who was sick with AIDS, then go preside at a memorial for someone he did not know because too many churches denied burials. He might close the night with a family that must make too many difficult decisions. This was the groundswell of both our lives, a never-ending onslaught of death and sickness that is still too difficult to describe. 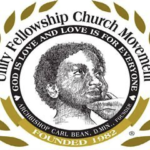 Our shared pain was the bond that brought us together like so many in the early days. Carl introduced me and got me to love the Black church or at least his version of one. He preached liberation theology where “God is Love and Love is for Everyone.” Every Sunday his church was packed with mostly African American LGBTQ parishioners, but it could be any Black church in America. People of all genders wore their crowns as all good church mothers do. The choir was singing “come to the light” at the top of their lungs. Just as the organ had everybody standing and clapping, Carl would emerge. He knew how to give them a show. His message of love and acceptance was particularly important to Black LGBTQ people, but everyone was welcomed. His church was a place where people could be themselves and know that God loves them.

To be honest, I was not that close to God. AIDS left me feeling betrayed and lost. How could there be a God when there was so much pain and death? I could not adjust my mind to this contradiction until Carl came into my life. He asked for nothing as he took care of people who had been rejected by their families and friends, people facing multiple issues with drugs, incarceration, and HIV. Soon it would be in numbers that are still too hard to fathom. Through his work I could see God.

I think the constant pressure of leading a religious movement and the PTSD from the early days of AIDS came to a breaking point around five years ago. Carl had a stroke and essentially became home bound. He could not leave his home or see his friends for long extended periods. On my last day at the hospice, I thought it would be nice to share a meal. I asked Carl about his favorite foods. Carl loved to eat. He wanted “steak, baked potato, and carrot cake.” Thank God fUber eats could deliver to the hospice. We used adult diapers as a tablecloth and quietly chowed down. There was so much that I wanted to say, so much that I needed to say, but I chickened out. I was not ready to say goodbye. I was not ready for the ritual of death. Instead, I jumped up and said that I would see him soon and abruptly exited. Not my best moment.

I wasn’t ready to tell Carl how much I loved him, to tell him that his life changed the world. His friendship made me a better person. I will, just not today. It was too soon, and I wasn’t ready. The plane back to DC is packed. Thankfully, everyone is wearing masks, so no one pays attention to the old Asian man crying. He wants to be strong but sometimes it is so hard.

Yours in the struggle,
Paul Kawata
NMAC 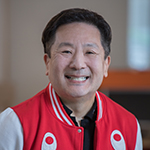