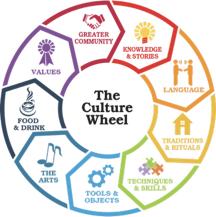 Culture provides a window into worlds that are different from your own. Through music, food, dance, fashion, and language, culture expresses value, emotion, and love. Understanding these values is important if we want to end the HIV epidemic because the culture of communities highly impacted by HIV are outside of the mainstream. If you don’t live in that community, you may not fully understand how to reach them. USCA gives you a window to understand communities that are different. Sometimes it challenges the way we think, sometimes it affirms our beliefs, but mostly it helps us better understand communities we need to reach to end the HIV epidemic. Mainstream HIV service models have reached the vast majority of people living with HIV, but to end HIV we must reach the 400,000 PLWH who have fallen out of care or are unaware of their HIV status.

Far too often culture is minimized as superficial or unimportant. Why do I need to understand the culture and values of any community disproportionately impacted by HIV if all I want to do is retain people in healthcare and adherent to their meds? As we have learned in patient center care models, we must meet people where they live and work. Rather than asking them to adapt to our culture, we must adapt to theirs.

This year USCA is more intentional about its use of performance. While we want the music to move you, we also hope it will give you insights into communities that are outside of the mainstream but the target for our efforts.

Thursday’s Opening Plenary and Sunday’s Closing Plenary will highlight the culture of the American Indian/Alaska Native Community. This presentation was put together as a gift for USCA from the Indian Health Service. NMAC thanks the IHS and Rick Haverkate. We cannot highlight every community at every plenary, so we ask for your understanding. Last year we highlighted Beyoncé going to Coachella and HBCUs.

BRANDEN & JAMES, “a powerhouse cello and vocal duo.” Branden James’ voice inspired millions as a finalist on season 8 of America’s Got Talent. In the early part of 2015, James disclosed he was diagnosed HIV positive in his mid-20s. James stated: “I formed a major complex about what people would think of me. I kept it a deep dark secret to everyone except the trusted few.”

Originally from Tampa, Florida, Jade Elektra (African-American, Openly Gay HIV+ Drag Recording Artist, DJ, Actress & Activist) was a transplant to New York City in 1992 and then made Toronto her home in 2010 when she married John Richard Allan. In the world of entertainment, from performing on stage with Beyoncé to impersonating legends such as Billie Holiday live on stage, Ms. Elektra is not your average drag queen.

In addition to the closing ceremony provided by the American Indian/Alaska Native communities, we will also pass the torch to Puerto Rico for the 2020 USCA. We are still working with the San Juan host committee to figure out the best way to celebrate Puerto Rico and the Latinx community.USCA selected San Juan as the 2020 site in order to bring economic development back to the island.  According to the local convention bureau, our meeting will provide jobs for over 1,000 people on the island. Additionally, going to San Juan gives the meeting the ability to highlight HIV in the Latinx and Caribbean communities. Attendees will have the experience of being in a city where English is the second language. If we are to end HIV, we need to make sure we reach all the communities highly impacted by HIV.Movie Night @ USCA 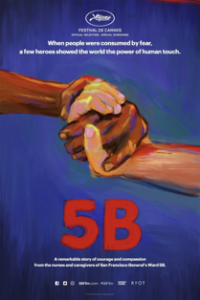 Friday, September 6th is movie night at USCA. This year we will show the acclaimed documentary “5B.” Thanks to the support of Janssen, USCA will present this important documentary. Joining us for a panel discussion after the film are my friends Cliff Morrison and Hank Trout.

According to the Washington Post “The film flashes back to the mid-1970s, when San Francisco’s growing gay community — newly liberated in the post-Stonewall era — made it possible for men to walk down the street together holding hands. As one 5B survivor recalls, such public expressions of affection were a big deal. When the plague, as some referred to AIDS, first struck, it hurt that some professionals — caregivers, police, etc. — refused to touch people most in need of it.

The film reminds us that, in the early days of AIDS, doctors didn’t know whether the virus was airborne. Some media reports stoked public fears that an infected person could pass on a death sentence, just by breathing. The workers in 5B, unable to heal their patients, shifted their focus from cure to care, holding hands with and embracing people whose families, in many cases, had rejected them.”

While I have not seen the film, I’ve been asked to let people know that the documentary will trigger many feelings. There will be grief support people onsite during the showing. The film tells the story of the early San Francisco epidemic.

Master Lecture by Mykki Blanco
In addition to a more traditional Master Lecture to be given by Dr. Anthony Fauci, Mykki Blanco has just confirmed his participation. This is how I know that I am old: I had to look up his Wiki page to learn about him:

Mykki Blanco began as a teenage girl character for a YouTube video in 2010, but evolved into a musical and performance art piece. Blanco’s name is inspired by Lil’ Kim’s alter ego Kimmy Blanco.

In June 2015, Blanco revealed that he has been HIV positive since 2011. Blanco initially worried that being HIV positive would be detrimental to his career, saying of the decision to make finally that information public, “I did it for myself. At a certain point, my real life has to be more important than this career.”
He is also the star of Madonna’s video Dark Ballet.

Mykki will do a Master Lecture at USCA on “How HIV Influences his Art.”

I’ve been told that USCA makes some people uncomfortable because they are attending a meeting that is not just about them. Imagine how planning council members or people living with HIV feel at your meetings. USCA highlights the various cultures of communities highly impacted by HIV because we will never end HIV if we don’t meet people where and how they live. Thank you for taking a risk and being uncomfortable.