Come out against stigma! #LiveOutProud 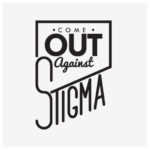 The fight against HIV/AIDS has always been about more than the search for medicine or a cure. It has been a battle for human dignity. To demonstrate that each life, regardless of race, sexual orientation, gender identity, nation of origin, or religion, has inherent value. From the beginning, this epidemic has taken the largest toll on our most marginalized communities. From gay men and transgender women, to injection drug users and people of color, those who are most often shut out of our nation’s halls of affluence and power are also the most vulnerable to a whole host of health challenges, including HIV. 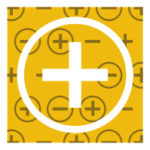 Yesterday, I had the honor of participating in a panel on HIV sponsored by Representative Barbara Lee (D-CA) at the Congressional Black Caucus Foundation’s Annual Legislative Caucus. During the event, the always inspiring Douglas Brooks, who is the first Black gay man living with HIV to head the White House Office of National AIDS Policy, gave brief opening remarks in which he quoted the Bible (John 1:11), saying “he came unto his own, and his own received him not.” As we prepare to once again mark National Gay Men’s HIV/AIDS Awareness Day (Sept. 27), this simple verse resonated with me in a powerful way and seemed to reflect the position that so many gay men, especially gay men living with HIV, find themselves. 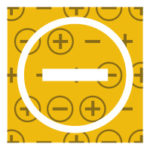 In almost every aspect of our lives we are marginalized. Our employers can fire us simply for who we love. Our landlords can deny us housing for the same reason. We are banned from donating blood. And despite major progress, we continue to fight for legal recognition of same-sex unions. We are brutalized and abused at higher rates than any other population, especially our trans brothers and sisters. And our young people are often forced to live on the streets because their parents refuse to accept them for who they are. For those of us living with HIV, these experiences of social and structural aggression and trauma are even more pronounced. Too often, they are shunned not only by society at large, but by their own community. 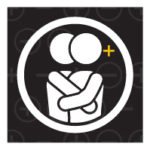 For years, the LGBT community has sought to combat homophobia and transphobia through the simple, yet heroic act of living openly and authentically. Each year on October 11, we mark National Coming Out Day and urge our brothers and sisters living in the closet to step out and declare themselves in the belief that it is much harder to demean or discriminate against someone that we know and love.

Since 2012, the National Minority AIDS Council has sought to highlight the fact that for too many members of our community, coming out is something they must do twice: once in relation to their sexual orientation or gender identity and again about their HIV status. This year, we have partnered with the Stigma Project and the National Black Justice Coalition to launch a two week social media campaign titled “Come Out Against Stigma,” that will start on Gay Men’s HIV/AIDS Awareness Day and conclude on Coming Out Day. As part of the campaign, we have created a number of graphics to share on social media and collected quotes from leaders of our community on their own coming out stories and why it’s so critical that we #liveoutproud. We urge you to join us in this effort. Share our graphics. Share your story. And come out against the stigma facing everyone who is LGBT and living with HIV.