Sex & Politics in the Capital City: Youth Advocacy Day On The Hill

Youth Advocacy Day On The Hill

This summer, as they do each year, interns descended upon D.C., to observe first hand how the federal government operates and learn about public policy issues for which they feel passionately. In an effort to build knowledge about reproductive rights, sexual health and HIV/AIDS, as well as foster future leadership in these movements, the National Minority AIDS Council (NMAC) joined forces with Advocates for Youth, Center for Health and Gender Equity (CHANGE) and Unite for Reproductive and Gender Equity (URGE) to facilitate a summer lunch series where interns learned about the principles, policy and politics behind current issues in sexual and reproductive health, rights, and justice.The summer kicked off with a networking reception where interns from allied social justice organizations had the chance to get to know one another, share their knowledge, and seek advice from program coordinators. 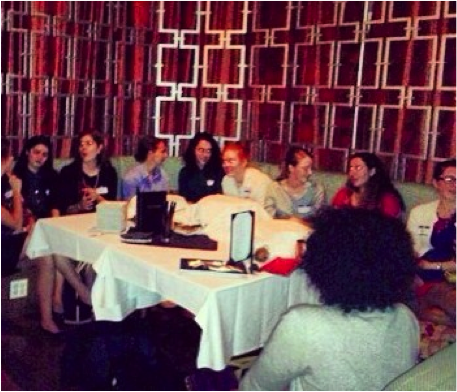 The summer series included sessions on turning out the vote and “Queering RJ”; where students learned about the critical role the LGBT and Reproductive Justice Movements have in pushing forward sexual liberation and equity. Students also gained a better understanding of public health harm reduction policies during a session entitled, “Sex, Drugs, Politics & Harm Reduction in the Capital City.” Sydney Butler, a junior at Harvard University and intern at the Forum for Collaborative HIV Research, found this session particularly exciting because “it directly addressed the specific issues faced by people living with HIV and people at risk for transmission living in Washington, D.C.”After a summer of learning about issues essential to improving the sexual health of communities both domestically and abroad, interns took to the nation’s Capitol on Wednesday July 30th to let their voices be heard by their members of Congress; specifically advocating for passage of bills that support comprehensive sex education in the U.S. and strengthening US global sexual and reproductive health programs.

Students, like Nicole Chenelle, a junior at Georgetown University, were able to meet with their elected officials and described it as a learning experience, noting, “I feel much more confident in my ability to speak with my representatives on issues that I care about.”

Another group of interns met with a representative from their home town in Northern California. Shortly after their meeting, the member signed on to HR 725 the “Real Education for Healthy Youth Act” (REHYA). Mena Tajrishi, a member of the UC Berkeley’s Class of 2015 and intern at URGE, commented that, “Hearing that Representative Mike Thompson endorsed REYHA after we met with his staff was rewarding and serves as an example that talking to our representatives is not pointless but necessary.”   Amy Wieczorek, a graduate student at the University of Texas School of Public Health and intern at the National Women’s Health Network, also visited Rep. Thompson’s office with Mena and said that, “Until today, I didn’t believe that my voice would be listened to and be able to make an impact! I am definitely going to start talking to members of Congress more often!”