On November 6, Americans voted to reelect Barack Obama to serve a second term as President of the United States.  Four states voted, for the first time, to support LGBT equality by endorsing gay marriage – 3 states (Maine, Maryland and Washington) passed gay marriage outright, while Minnesota defeated a constitutional amendment that would have banned gay marriage.  Across the country, a number of candidates who had attacked women’s reproductive rights were defeated.  And while the voters were offered the choice to dismantle health care reform, as well as Medicare and Medicaid, the largest providers of care for people living with HIV or AIDS in America, they voted for progress.

These results mean that while health care reform will not be overturned and Medicare/Medicaid will remain in tact, the HIV/AIDS community will continue to face a number of challenges in the 113th Congress.  Democrats control the White House and Senate, while Republicans control the House.  Our country’s finances are still dire and the ideological gulf between the parties is as wide as ever.  Federal law continues to ban the use of federal funds for evidence-based syringe services programs.  And next year, the two largest federal programs aimed at addressing the HIV/AIDS epidemic, the Ryan White CARE Act and PEPFAR, the President’s Emergency Plan for AIDS Relief, are up for reauthorization.

But combatting this epidemic is not a partisan issue.  Both parties have shown admirable leadership in this fight.  NMAC is committed to working with its constituents, the Obama administration and the 113th Congress to fully implement the Affordable Care Act, protect HIV/AIDS funding and realize the vision of an AIDS-free generation laid out by Secretary of State Hillary Clinton.

Even before the new Congress is sworn in this January, current legislators are reconvening to in a “lame duck” session to address the so-called “fiscal cliff.”  At the end of this year, the Bush tax cuts are set to expire.  At the same time a series of automatic spending cuts laid out in the Budget Control Act and referred to as sequestration, are set to kick in.  If Congress does not find a solution, this combination of tax hikes and spending cuts threatens to derail our already weak economic recovery.  The impact on our nation and our fight against HIV/AIDS are profound.  As stated in a joint issue brief released by the amfAR and NMAC, sequestration alone threatens more than $650 million in critical HIV/AIDS and viral hepatitis funding.

NMAC and its coalition partners are already meeting with Congressional staff to ensure that a balanced solution is found and that funding for HIV/AIDS and viral hepatitis programs is preserved.  We will continue to monitor any developments and update our constituents on Congressional negotiations.  In the meantime, you can urge Congress to avoid the devastating cuts to HIV/AIDS programs byclicking here. 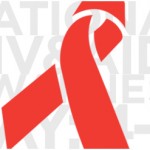 In the summer of 2012, during the International AIDS Conference, youth activists from across the country called on the President to establish the first ever National Youth HIV & AIDS Awareness Day.

The road to an AIDS-free generation begins by prioritizing youth. Today’s young people are the first generation that has never known a world without HIV and AIDS. In the United States, almost 40% of new HIV infections are young people ages 13 to 29. Despite this harsh reality, young people and their allies are determined to end this pandemic once and for all.

Join us in calling on President Obama to recognize the National Youth HIV & AIDS Awareness Day!

National Youth HIV & AIDS Awareness Day is a nationwide call to action for our communities, schools and government to invest in young people’s health, education, and leadership in the fight against HIV & AIDS.

To achieve this day, we need you. Sign the petition – as either an individual or an organization – that calls on President Obama, Congress, the U.S. Department of Health and Human Services, and the HIV & AIDS community to annually recognize April 10 as National Youth HIV & AIDS Awareness Day.