Resolutions.  Resolutions.  Some people love them and others abhor them.  Although I’m not certain which category applies to you, I offer a seminal Resolve to intentionally guide our LEADERVATION work in 2017 – Let’s Dare Greatly Together.  To learn more about the inspiring message on how we can dare greatly together, you can read more on this notion framed by Theodore Roosevelt.  Also, I invite you to share with us how you will harness your pathway and dare to be great in 2017 on the NMAC Facebook page. Meanwhile, we offer inspirational snapshots below of those who dare to be great within leadership, race and health equity realms.

This is the time and mission we’ve all been waiting for. Let’s manifest unimaginable and defining moments for our communities and for ourselves.  Let’s lace up our shoe strings, bind our hearts and fight for social justice to keep Dr. Martin Luther King’s dream alive.  Energize.  Mobilize.  Stretch toward freedom. 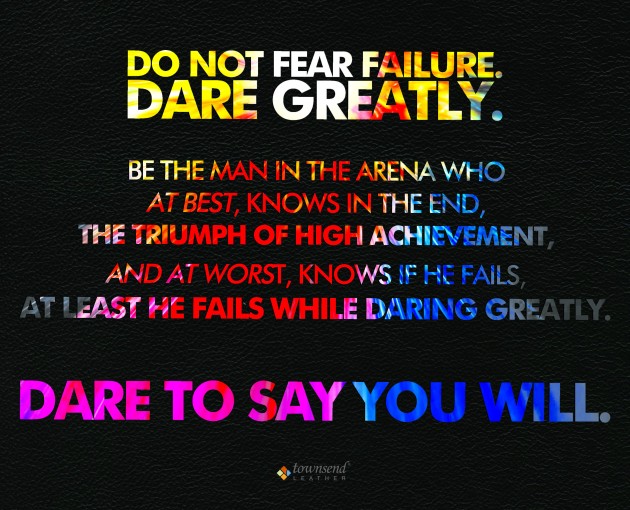 “It is not the critic who counts; not the man who points out how the strong man stumbles, or where the doer of deeds could have done them better. The credit belongs to the man who is actually in the arena, whose face is marred by dust and sweat and blood; who strives valiantly; who errs, who comes short again and again, because there is no effort without error and shortcoming; but who does actually strive to do the deeds; who knows great enthusiasms, the great devotions; who spends himself in a worthy cause; who at the best knows in the end the triumph of high achievement, and who at the worst, if he fails, at least fails while daring greatly, so that his place shall never be with those cold and timid souls who neither know victory nor defeat.”   ― Theodore Roosevelt 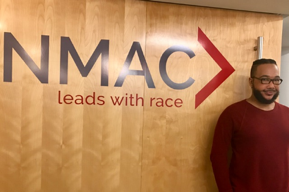 The society in which we live, enforces gender as a binary. That there are only two genders with no fluidity. This constricting view of gender is detrimental toward everyone, but particularly for transgender people. The gender identities of anyone, including transgender and cisgender people, can be extremely fluid and may fall outside of a binaristic model. The idea of a gender spectrum understands gender as not inherently binary; instead, man and woman are simply two different genders among a universe of genders. The understanding of this model is important when working with individuals who are experiencing self-discovery and exploring their gender identity. This is particularly pertinent for transgender and gender non-conforming people, are more often met with rejection, confusion, misunderstanding, and ridicule. These types of reactions are detrimental to personal growth and development; they have the potential to lead to body dysphoria, substance abuse, family disconnect, and/or suicide. Using a “gender-expansive” model can help people to understand gender in a broad and inclusive manner.

Gender identity is important when considering sexual health, as we know that people who are not supported in their gender identity and/or expression are more likely to experience discriminatory health care and adverse health outcomes.[1] For example, transgender people living with HIV who are not accepted and/or supported in their gender identity are less likely to continue treatment. For those individuals, however, who do experience that acceptance and support, they are more likely to see a physician about preventative and follow up treatment to HIV and STI infections. The best way to achieve this is accept, embrace, and support people to be true to who they are through their gender identity and/or expression because it is key to freedom from stigma behind their sexual health.

“THRIVING with HIV: The Race Must Continue for HIV-Positive young gay black men and mature men”

Best moment of the year for HIV awareness was given to well deserving Daniel Driffin in December 2016.  Here the recognized HIV influencer shares perspective on recent and future opportunities.  “Together, with more than 1 million Americans, I’m living with HIV,” said Driffin at the 2016 Democratic National Convention. It was the first time in 16 years that the DNC was addressed by an openly HIV-positive speaker [Healthline 2016].

Having the opportunity to also attend the last President Obama World AIDS Day 2016 commemoration signified that the race must continue regardless of the next administration. To have the conversation of the past and how we continue to move forward especially with TASP, PrEP/PEP, and meaningful involvement of people living with HIV cemented THE COURSE for the next administration.  It was reassuring and served as a reminder that we have always had all the power within our communities, it is now time to release it.

In 2015 Transforming HIV Resentments into Victories Everlasting Support Services Incorporated (THRIVE SS Inc.) was formed in an effort to offer vital support, lifesaving resources, a sense of community pride and normalcy to HIV-Positive same gender loving (SGL) men and trans people of color. To accomplish this goal cofounders Larry Walker, Dwain Bridges and Daniel Driffin established their first secret network in May 2015. The group, the Undetectables Atlanta, added close to 300 members by the end of 2015; hosting an average of 3-4 events and support meetings a month, connecting more than 30 members to medical care, surveying around 200 members and reporting a viral suppression rate of 86%.

THRIVE ended its debut year by producing a campaign centered around “THRIVING with HIV” and hosted 2 large scale events, a gift exchange/tree trimming and a Kwanzaa celebration, which both saw over 100 people in attendance. It was clear by looking at their success that THRIVE was on its way.

THRIVE began 2016 setting goals that many would deem to be ambitious. The idea that a new non-profit could increase its membership by more than 100 members, could launch networks for HIV-Positive young gay black men and mature men in Atlanta, as well as replicate the “Undetectables” model in 4 additional highly impacted areas at the same time as planned the first annual UA Ceremony-honoring same gender loving men and trans people of color, seemed extremely lofty. THRIVE SS Inc. not only accomplished all of what they set out to do but way more than they expected. Hosting over 50 events and meetings including a Pride Brunch and discussion about the importance of viral suppression, having members profiled in a PBS special, creating a World AIDS Day art installation that used the visual and spoken word art of their members to tell the story of a young black gay male living with HIV and opening its first transitional home, the THRIVE House, THRIVE has seen even more success in 2016 than in the previous year.

New Leaders On the BLOC: People of Color Living with HIV