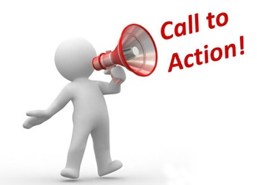 When I was a baby activist, I read Larry Kramer’s “Call To Action” in the New York Native at the start of the AIDS epidemic. It changed my life. While it’s not close to that moment in history, our movement is at another crossroads. If the President’s budget is enacted and health care reform goes the way of the AHCA, more people living with HIV will get sick, lose their health insurance, and be deprived of access to life-saving meds.

The President’s budget means 1,000,000 fewer HIV tests will be performed, so thousands more people will be unaware of their HIV status. Not only that, but health departments across the country will lose $100 million in HIV prevention funding, meaning 30,000 more Americans will become HIV-positive. In short, we could see a resurgence of the HIV epidemic in America.

It’s a critical moment. Lives are literally at stake. And we need your help to sound the alarm and fight to stop these cuts!

The House has already started deliberations on the FY18 budget. And the Senate is preparing to start the budget process. This is going to be a long battle that will be plagued with challenges. However, we have a chance to stop these cuts altogether. We need to get to work and fight to keep the clock from rolling back on the progress we have already made to end this epidemic.

The reality is that we have proven scientific pathways that can lead us towards an end to HIV, but that won’t happen without money and the political will to resist these pervasive cuts. It is imperative that we keep moving forward together, especially in this trying time. Once again, your movement needs you to answer the call to action and fight to alert your elected officials to prevent these budget cuts. If we don’t fight for HIV funding, who will?

Over the next 60 days NMAC’s priority is to get local HIV leaders to meet with their Congressional delegations during the August recess and in Washington in September. Currently, we are:

To learn more about how you can give involved explore our HIV Red Alert webpage. We hope you will join and encourage your community to join us in these efforts. It will take a massive effort to achieve victory thats why we need your voice more than ever.

Time is not on our side and we must work immediately. Now, more than ever, we need you in this movement to sound the alarm. While there is no guarantee of success, if we do nothing our movement will suffer the consequences. Explore the HIV Red Alert page and learn about the many ways in which you can get involved.