Greetings Family: During my freshman year at Howard University, I was exposed to "We Wear the Mask" by Paul Laurence Dunbar (which has since become one of my favorite poems of all time): We wear the mask that grins and lies, It hides our cheeks and shades our eyes,— This debt we pay to human [...]

At NMAC, we call the Biomedical HIV Prevention Summit: The Summit.  We believe the combination of PrEP (Pre-Exposure Prophylaxis) and TasP(Treatment as Prevention) can build real pathways to end the epidemic.  Join us December 4-5, 2017 in New Orleans at the Hilton New Orleans Riverside.  Thank you Gilead, Avita, and the Levi Strauss Foundation for your support of the Summit.

Unlike USCA, the conference that celebrates the diversity of issues impacting our movement, the Summit is a single-issue conference focused on biomedical HIV prevention.  The meeting looks at implementation science and how to bring the promise of PrEP and TasP to communities hardest hit by HIV.

Last year NMAC held the first Summit.  Here feedback we received from Gus Cairns from an article in NAM:  aidsmap,

“The US National HIV PrEP Summit, which took place in early December in San Francisco, was one of the most extraordinary HIV meetings I have ever been to. This first-ever gathering of 600 people involved in PrEP (pre-exposure prophylaxis) provision in the USA (plus 25 non-US scholarship recipients, mainly from Europe) was already designed to be something different from the standard HIV ‘discover-test-treat’ conference. But fate then intervened to make it happen at an extraordinary time – in between the US election and Donald Trump’s inauguration. The election result totally changed the conference’s atmosphere and meaning.

The PrEP summit was designed as an event of celebration and hope. Its structure, its speakers, even the way the plenary room was designed and the way the speakers dressed, all conveyed one message: we are all in this together, and PrEP really is the game-changer we have been looking for.

Plenary talks were given in the round, from a low stage in the centre of the room. So were panels, with discussants sitting in white designer chairs. Slides were shown, but in the corners of the room behind our heads, so people looked at the speaker instead.

The atmosphere was more akin to gay men’s prevention conferences in the 1990s than treatment conferences. There was little sense of hierarchy or experts-versus-learners. One prominent presenter came out as having just started PrEP, to warm applause. Workers for stern-sounding federal bureaus were hard to tell from community spokespeople. Discussions were facilitated by an ‘MC’, the activist Ken Williams, better known as the blogger ‘Ken Like Barbie’, who has no federal job to lose.

The conference audience was also notably different. A majority of attendees were women, about 50% were black, and flamboyant rather than conservative gayness was much on show. There was also a large, conspicuous and involved trans* contingent, mainly women but some men.”

Last year the Summit was sold-out and unfortunately we had to turn people away.  This year the Summit can accommodate 1000 delegates.  Register early because we must close close the meeting when it reaches capacity.

I look forward to seeing you in New Orleans.

At NMAC we would like to thank you for continuing to rise in this current time. With so much on the line, it’s important that we as a community make our voices heard. Today we are calling out for the needs of those vulnerable to and living with HIV and we ask that you join us for the HIV Action Day this Sept 6.

We know that when we rise, we shape history. But this is not the beginning of a movement, it is a continuation of a struggle that we have consistently advocated for 30 years. We have stood up and defended what is rightfully ours in the journey towards an end of the epidemic. We ask you to join us so that we may rise together as one family calling for the dream of ending this epidemic. We rise for the people we know, for the people that have passed, for those living with, and for those who need our hope.

We rise to remind others that the call of the HIV community has moved mountains and has changed the course of history. When we rise as a community, we remind others that our work is not done, and that there is still work to do. We are still called to continue the process. Through collaboration and partnership, we can bring an end to this epidemic.

This goal will not be realized without the collective work of our communities. Together, we must show our power, our strength, our brilliance, our courage, and remind others of a long-held dream that will touch the lives of millions. So, we ask, will you be there on ourHIV Action Day? Will you add your voice with ours and let the country hear a resounding demand for justice from our communities?

Over the last few months we have seen the kind of engagement that will help move us closer to victory. An engagement, that despite the challenges we continue to face, proves we can make change happen on federal, state, and local levels.

We hope in the spirit of family reunion you will join us on the steps of the Capitol to rise together to speak out at this pivotal moment in our history. For 30 years NMAC has fought for racial justice and equity across the healthcare system to end the epidemic. This year, we rise for people living at the margins who are in most need of our support and ask you to join us as on September 6 when our movement gathers at the Capitol to rise once again.

Yours in the struggle,
Matthew Rose
Policy and Advocacy Manager

Scholarship Deadlines: What You Need to Know

NMAC is offering many different scholarships to USCA and the Summit this year. This e-newsletter is meant to help you learn more about the various options we are offering and their deadlines. It will also outline our 2017 priorities to explain how decisions for selection are made.

Thanks to ViiV Healthcare and the Magic Johnson Foundation there will be 30 youth initiative scholarships for USCA. Additionally, Gilead is supporting 50 scholars over 50 living with HIV as well as 100 scholarships for the Biomedical HIV Prevention Summit. Finally, all of the 2017 USCA sponsors will support 150 scholarships for the main meeting. In honor of our 30th Anniversary, this is the largest number of scholarships (330) that NMAC has ever provided.

50 States
Our second priority is regional diversity.  One scholarship per state guarantees delegates from all 50 states and the territories.  This supports the national vision of our meetings.

The third priority is to establish scholarships for attendees coming from the 20 cities with the highest incidence of HIV.  This objective is meant to ensure active participation from leaders representing those regions that are the most highly impacted by HIV.

New Scholarship Recipients
NMAC is committed to building new leaders.  Our final priority is to provide scholarships to new recipients.  While not always possible, NMAC hopes to encourage emerging leaders in our efforts to end the epidemic.

Thank you for your support of NMAC.  We hope this helps in your scholarship application process.

2017 is NMAC’s 30th Anniversary. To commemorate 30 years in the fight, we are paying homage to our past and paving the way for our future leaders in the movement by offering an exclusive Membership rate of $30 to People Living with HIV and Youth under the age of 25. Please join or renew your membership in tribute to our 30 years of service to ending the epidemic.

Be part of our wall of paid members who make NMAC’s work possible. 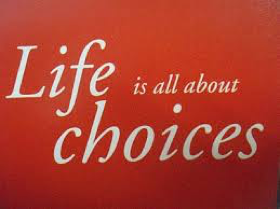 Every day we make choices that impact our future.  This year’s USCA keynote speakers have made choices that can end an epidemic, speak truth to power, or work to end racism.  They did not choose the easy road and for that we are grateful.  We are a stronger family because of their leadership. 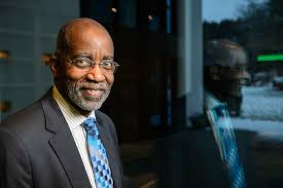 This year’s Opening Plenary is on Thursday, September 7th.  It is a tribute to our families.  While there are many details still to be determined, we are pleased to announce that Dr. David Williams from Harvard University will speak to us about his ground-breaking research on race and its impact on health.  David is an old friend to NMAC.  This is his 3rd USCA, but first plenary speech.

On Saturday, September 9th, our Federal Plenary will welcome back our family heroes, Dr. Anthony Fauci and Dr. Jonathan Mermin.  Dr. Fauci is the Director of National Institute of Allergy and Infectious Diseases (NIAID), he’s been there since the beginning.  In many ways, Tony is the oracle for our movement.  He will update us on the current work to end the epidemic and help us understand the latest scientific advances and what that means to leaders working on the frontlines. 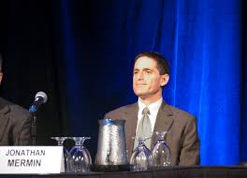 Dr. Mermin is the Director of the National Center for HIV/AIDS, Viral Hepatitis, STD, and TB Prevention (NCHHSTP).  Like Tony, Jono is a long term friend of the community and a leader in the battle to end HIV.  Jono will speak to us about the Future of HIV Prevention as well as the strategies meant to end the epidemic.

Our closing plenary will be a tribute to this year’s Women’s March.  Carmen Perez is a national co-chair for the Women’s March.  She will talk about the importance of speaking truth to power and remind us that we have the power and the voice that can change the world.

There are still many slots to be filled, but we wanted to give you a taste of what to expect this year.  Life is about choices and we hope you will choose to be with your movement in September. After all, this is a Family Reunion and right now we need everyone in the family to show up and show out.  You don’t have to be alone, you don’t have to feel hopeless.  You are part of a family that is fighting to end an epidemic.  It’s a family affair.

USCA: Master Series for Leadership Septembers 10 – 13, 2015 Washington, DC The 2015 United States Conference on AIDS (USCA) will be in Washington, DC September 10-13. A new and innovative program for this year’s conference is its version of the TED Talks for the HIV Movement series. This program seeks to replicate, but has […]